In the world you can see that the prophetic, foretold messages of God are being fulfilled one by one! 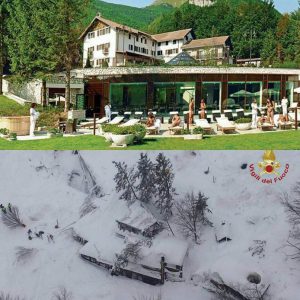 Hello, very welcome! On January 19th, 2017, Prophet Benjamin Cousijnsen received the following message from a messenger angel of God, which I’d like to share with you.

On September 2, 2016, Italy was mentioned, and also on October 19, 2016.
Because of your disobedience, Italy was punished by an earthquake! And more than 300 people were killed, including 26 children and a teacher who died in the school.

Also, an avalanche struck the hotel, also resulting in many deaths by the weight of the snow.
Verily, if you look at the events in the world, you can see that the prophetic, foretold messages of God are being fulfilled one by one! Also in the book ‘RUACHA, YESHU, SHALOM!’, which is also free to be downloaded, you will be able to get to know the messages of God, both encouraging and prophetic messages of God.