MARCH 3, 2013  REVELATION OF GOD: IN THE SPIRIT, I WAS TAKEN UP IN THE AIRSPACE AND IMAGES WERE REVEALED TO ME, SITUATIONS & UFOs WERE SHOWN, AND REVELATIONS WERE GIVEN ABOUT THE WORLD TODAY, WHICH HAS BEEN TAKEN OVER ALREADY! 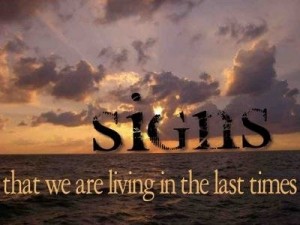 Hello, welcome! On March 3rd, 2013, Benjamin Cousijnsen was taken along in the Spirit.

This is his report…
Tonight I was picked up by three messenger angels of God, Benjamin Cousijnsen writes.
They were dressed in white fine linen, which shone. They were radiating entirely! The light was sharp, almost dazzling. One of the angels spoke, Be not afraid, Benjamin Cousijnsen, God’s beloved! We are sent to you in order to speak to you. We come in the name of the God of Isaac, Jacob and Abraham, the God of all flesh, and His beloved true Son, Yeshua HaMashiach, Jesus Christ. Only he who has received Him, and believes in Him, will have eternal life. Benjamin, follow us, spoke the angel of God.

I stood up and I watched the angels… they were very large, I think as high as 8 feet 2 inches.
I also thought, ‘Wow, three angels!’ So I followed them down the stairs, softly, because I didn’t want to wake my wife, but the stairs creaked pretty much. The three angels walked in front down the stairs, and walked right through the closed front door. And I thought, ‘I walk just after them’, because I still thought of the last time, when I was so running into the front door. And my thoughts were also, ‘A fox is not caught for the second or third time in the same snare’.
Arrived outside, the angels introduced themselves to me and appointed their names:
Isadai and Seleu and Chemihud. They stretched out their arms, and I saw huge wings, and I was very surprised! And I also saw all light and glare, coming from their wings. I asked, “How big are your wings?”
The messenger angel said, As big as a small glider.

When we lifted off, it felt like a kind of magnetic pressure; with great speed, I was pulled along like a magnet, into the airspace.
The angels were on the left and right and behind me in the airspace. We went through the dark clouds, and I saw everything behind me become smaller and smaller.

The messenger angel of God said, Fear not, for you’ll see for a while – just like the angels – the visible and the invisible.
I found that nice to hear, that this was said. I thought, ‘It’s a good thing this is indicated, because of what they showed me’. And they showed me a lot, and told me a lot!

I saw the following…
I saw UFOs in the airspace, a very large one, a kind of mothership. And I saw all different kinds of UFOs. I saw triangular and also saucer shaped ones, as the model of a saucer so to say, flying saucers, as we recognize from movies for example. I asked the messenger angel of God, “What’s that mothership doing there?”
The messenger angel of God, Isadai, said: The protection of the earth has been taken away by God Himself.

These spaceships are spaceships, which also make use of dreams.
I thought to myself, ‘Dreams?’
Yes, spoke the messenger angel of God, they are the fallen angels. They copy, as it were, and they occur as these people in your memory. At the moment the messenger angel of God said this, I saw all kinds of people… Their dark side and goal is the total takeover of humanity!
Many have also been taken over already, precisely by these fallen angels, because they have rejected Jesus Christ.

We angels of God point out to you, that, also as a Christian, one must come into action himself, and has to be an armor bearer of God!
It is easy to leave everything to Jesus Christ, by saying, “Protect me”, but you yourself are doing nothing at all for it. I give you the following,

Blessed are those who cover themselves under His precious Blood.
Pray that you’re staying protected, because the fallen angels have many already taken over, and many do not know what they are doing anymore!

2 Thessalonians 3, verse 2  Read also this for yourself.

Also, I reveal to you, Rome is also bewitched now!
And the pope, who will come, the new pope, he will be a pope that has been taken over, a fallen angel! He will stand behind the wishes of the people, and bewitch everyone.
And one doesn’t even know that the pope and Obama, and many other leaders, go in against all the commandments of God, and leave out and pervert the holy Scriptures of God. One perverts, that the Bible clearly speaks about relationships between men with men, and between women with women.
Everything is possible and everything goes in this dark world, which is not of God, but now at this moment of the darkness!

Benjamin, look over there! spoke the messenger angel further.
I looked and then I saw someone driving a car, who stood at a traffic light. I continued to watch and saw the person, stepping out of the car, and walk angrily forward to the driver of the car in front of him. The messenger angel of God let me hear, what that man said. He said angrily, “Can you be any faster? I need to move on! You are not going to stop here before the traffic light, are you?”
The woman replied, “Yes, but my car stalled”.
“Roll the window down once!” he cried with an angry face. The woman rolled down the window, so that she could understand him better. And what did that man do?… he suddenly drew a knife and stabbed her in her face! This was for him the only motive, to slice her face off with a knife. In advance the woman had still thought, ‘Let’ s just get this resolved decently’.

The messenger angel of God showed me also people, who sat behind their computer…
They were people who were thinking up all sorts of things, in order to make money on it, and for their personal gain. The messenger angel of God indicated, that also these people were not themselves anymore, but were taken over. They try to pull really everything toward themselves, the technological fallen angels, in order to get the people into their power, in satan’s power, among others in the power of lust and pleasure, so that they have no time anymore to think of God. Satan tries to offer the world one thing or another, so that one has no time for the things of God anymore!

Enjoying of lust, pleasure, the strength and power of magic, the bewitchments…, are presented for the people. The world is as it were completely sucked up of all the beautiful things in that, which the world offers. Also, the world is being taken over through the media, such as through television and the Internet.

The television will be even more realistic!
I saw images of televisions, I saw a television… very special! I don’t know if it already exists. I saw a television, which they hand-operated by touching the screen, after which the image on the television came visible into the room. It reminded me of a slide projector or old film camera of earlier, when the image appeared on the canvas. Then you saw a beam of light into the space, between the camera and the canvas itself, where the film was projected.
Now, however, the projected image of this new kind of television appeared just in the room space itself, lifelike! And of a better quality than the 3D, which we know currently in the world. The messenger angel of God said, Benjamin, what I show you, are actually inventions of the fallen angels, which they’re having now already in their possession. The fallen angels use this system itself as a displacement system.
The messenger angel of God spoke, Benjamin, we have to go forward and will place you back, from here back in your bed again.

The messenger angel said something very important yet: The strongest will receive their reward.
So be more than a conqueror in Yeshua HaMashiach, Jesus Christ. This is important: Cover yourself every day under the precious, well-beloved Blood of Jesus Christ, and ask every day for His protection. Put on the armor of God also. Do this before you go to your work, so that you are not open to, but are protected against attacks from outside!
Do this: Pray and ask this again consciously before bedtime. Let yourself be covered under His precious Blood. And are you being attacked then, then you yourself attack also and don’t allow everything stoically as a child of God. We must learn to go stand in the power of Jesus Christ, Yeshua HaMashiach. We have to be armor bearers!

But if you’re not putting on the armor of God, and think, ‘Yeah, well, the Lord will protect me, and ready, that’s all’…
But that’s not how it works! For example, if you participate in a contest, running fast for example, and you think, ‘Well ok, I’ll take it easy, I’ll get a medal anyway, well, then you’ll get a medal, but not the top prize. If you really well go in with something, then you go for the very best for sure. And if you go for the very best, then you do need to do something for that, in order to receive the cup, the top prize. And so it is also with the Lord.