PROPHETIC MESSAGE OF GOD, PASSED ON TO PROPHET BENJAMIN COUSIJNSEN: MANY COUNTRIES ARE APPOINTED AND WARNED BY GOD, THE GOD OF ABRAHAM, ISAAC AND JACOB! 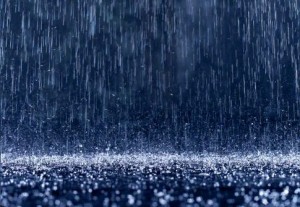 Hello, very welcome! On August 1st, 2014, an angel of the Lord, a messenger angel of God, brought on the following warning, prophetic message of God to end-time Prophet Benjamin Cousijnsen.

Shalom! I greet you in the almighty name of Yeshua HaMashiach, Jesus Christ. Verily, my name is Thunder and I am a messenger angel of God.

Verily, from now on, there will be even larger earthquakes and even bigger storms!
Verily,

Romans 1, verse 21  Because, knowing God, they didn’t glorify him as God, neither gave thanks, but became vain in their reasoning, and their senseless heart was darkened.
And verse 28  Even as they refused to have God in their knowledge, God gave them up to a reprobate mind, to do those things which are not fitting.

Verily, repent. Hear the voice of the Lord!
Listen! If not, then you shall perceive it.

Revelation 14, verse 11  The smoke of their torment goes up forever and ever. They have no rest day and night… so far.

And what do you think of this?

Revelation 13, verse 16, 17 and 18  He causes all, the small and the great, the rich and the poor, and the free and the slave, to be given marks on their right hands, or on their foreheads; and that no one would be able to buy or to sell, unless he has that mark, the name of the beast or the number of his name. Here is wisdom. He who has understanding, let him calculate the number of the beast, for it is the number of a man. His number is six hundred sixty-six.

And because of not being willing to repent and blowing along with the world, the following is coming:

In Revelation 16, verse 2 it is written prophetically, that on the earth evil and harmful sores came on the people, who had accepted the mark of the beast! Verily, repent, for the Kingdom of heaven has come very nigh.

Extreme rainfall and heat, a hell on earth! Is this what you want?

Revelation 16, verse 9  People were scorched with great heat, and people blasphemed the name of God who has the power over these plagues. They didn’t repent and give him glory.
And verse 11 And they blasphemed the God of heaven because of their pains and their sores. They didn’t repent of their works.
And verse 18 There were lightnings, sounds, and thunders; and there was a great earthquake, such as was not since there were men on the earth, so great an earthquake, so mighty.

Verily, it doesn’t sound good for those, who have not accepted Yeshua HaMashiach, Jesus Christ.

Revelation 22, verse 6  And he said to me, “These words are faithful and true. The Lord God of the spirits of the Prophets sent his angel to show to his bondservants the things which must happen soon”.

Verily, there is only one Way Out, in order to not perish!

John 10, verse 26 to 30  But you don’t believe, because you are not of my sheep, as I told you. My sheep hear my voice, and I know them, and they follow me. I give eternal life to them. They will never perish, and no one will snatch them out of my hand. My Father, who has given them to me, is greater than all. No one is able to snatch them out of my Father’s hand. I and the Father are one.
John 3, verse 36  One who believes in the Son has eternal life, but one who disobeys the Son won’t see life, but the wrath of God remains on him.
John 3, verse 16 and 17  For God so loved the world, that he gave his only begotten Son, that whoever believes in him should not perish, but have eternal life. For God didn’t send his Son into the world to judge the world, but that the world should be saved through him.

Verily, how many more tears of God must fall on the earth, causing a nuisance?

Verily, he who does not want to hear, will perish!
Choose this day heaven or hell!
I’m going now, Ruacha, Yeshu, Shalom! spoke the messenger angel of God, and disappeared.