A MESSAGE OF WARNING FROM GOD! THE ANTICHRIST WANTS TO GIVE THE WORLD EVERYTHING, BUT HOWEVER ON ONE CONDITION… 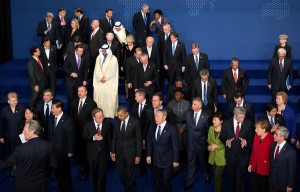 Warmly welcome! On May 13th, 2014, a messenger angel of God brought on this warning, revealing and prophetic message of God to Benjamin Cousijnsen, end-time Prophet of the last days.

Verily, many world leaders have already been taken over in their spirit by the antichrist, through his hands, without knowing it.

Psalm 92, verse 6  A senseless man doesn’t know, Neither does a fool understand this.

Psalm 94, verse 8  Consider, you senseless among the people; You fools, when will you be wise?

Verily, the antichrist even made some sign a contract, because the devil makes a tempting proposal to them, the world leaders!

Matthew 4, verse 8 and 9  Again, the devil took him to an exceedingly high mountain, and showed him all the kingdoms of the world, and their glory. He said to him, “I will give you all of these things, if you will fall down and worship me.”

Verily, is one not willing to sign the contract?
Then the antichrist will hold out to him or her all misery, which will be awaiting for him or her.

Revelation 13, verse 8  All who dwell on the earth will worship him, everyone whose name has not been written from the foundation of the world in the book of life of the Lamb who has been killed.

Verily, the antichrist does want to give the world leaders everything, provided one sells his or her soul, and worships him – the antichrist – and bows down to him.
To put a signature on the contract, is entering into a contract with the devil himself!

Matthew 1, verse 22  Now all this was done, that it might be fulfilled which was spoken of the Lord by the Prophet… so far fulfilled.

Verily, my name is Silesther and I am a messenger angel of God.

Verily, repent, world leaders!
If you change yourself – repent! – only then is there also hope for the world!

Verily, accept Yeshua HaMashiach, Isa, Jesus Christ, into your life!
Only He is able to save you.

John 3, verse 16 to 21  For God so loved the world, that he gave his only begotten Son, that whoever believes in him should not perish, but have eternal life. For God didn’t send his Son into the world to judge the world, but that the world should be saved through him. He who believes in him is not judged. He who doesn’t believe has been judged already, because he has not believed in the name of the only begotten Son of God. This is the judgment, that the light has come into the world, and men loved the darkness rather than the light; for their works were evil. For everyone who does evil hates the light, and doesn’t come to the light, lest his works would be exposed. But he who does the truth comes to the light, that his works may be revealed, that they have been done in God.
John 4, verse 22  You worship that which you don’t know. We worship that which we know; for salvation is from the Jews.
John 8, verse 26  I have many things to speak and to judge concerning you. However he who sent me is true; and the things which I heard from him, these I say to the world.
And verse 12  Again, therefore, Jesus spoke to them, saying, I am the light of the world. He who follows me will not walk in the darkness, but will have the light of life.