Revealing message of God: Verily, one must have accepted Yeshua HaMashiach, Jesus Christ, in order to know the truth, that the events in the world are not the result of climate change! Read or listen further… 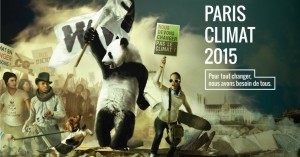 Hello, welcome! On November 30th, 2015, the messenger angel of God brought on, word for word, this revealing message of God to Benjamin Cousijnsen, end-time Prophet of the last days.

Shalom! I greet you in the name of Yeshua HaMashiach, Jesus Christ.

Psalm 14, verse 1  The fool has said in his heart, “There is no God.” They are corrupt. They have done abominable works. There is none who does good.

Verily!
Many world leaders and heads of state came together for the climate summit in Paris, in order to remove the beam from each other’s eyes, and to be able to see clearly what is going on in this world.

Verily!
One must have accepted Yeshua HaMashiach, Jesus Christ, in order to know the truth, that the events in the world are not the result of climate change! But it is a punishment of God. The world leaders rather don’t talk about that!

2 Peter 2, verse 19 to 22  Promising them liberty, while they themselves are bondservants of corruption; for a man is brought into bondage by whoever overcomes him. For if, after they have escaped the defilement of the world through the knowledge of the Lord and Savior Jesus Christ, they are again entangled in it and overcome, the last state has become worse for them than the first. For it would be better for them not to have known the way of righteousness, than, after knowing it, to turn back from the holy commandment delivered to them. But it has happened to them according to the true proverb, “The dog turns to his own vomit again,” and “the sow that has washed to wallowing in the mire”.

Verily, the signs of the times, of the end times, are visible!

1 Peter 5, verse 8  Be sober and self-controlled. Be watchful. Your adversary the devil, walks around like a roaring lion, seeking whom he may devour.

1 John 2, verse 15  Don’t love the world, neither the things that are in the world. If anyone loves the world, the Father’s love isn’t in him.
Verse 18  Little children, these are the end times, and as you heard that the antichrist is coming, even now many antichrists have arisen. By this we know that it is the final hour.
And verse 23  Whoever denies the Son, the same doesn’t have the Father. He who confesses the Son has the Father also.
And verse 24  Therefore, as for you, let that remain in you which you heard from the beginning. If that which you heard from the beginning remains in you, you also will remain in the Son, and in the Father.

Verily, don’t allow satan to debunk the truth in you through the media!
Coincidence does not exist. Everything has been foretold by God’s Prophet! Just listen to the Evangelical Endtimemachine.