March 18, 2015  This is a revealing message of God, passed on to His servant, Prophet Benjamin Cousijnsen. The so-called silent Obama, whom you see recently less, is, on the contrary, more active than you think! 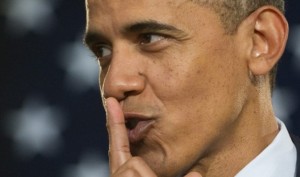 Hello, welcome! On Wednesday, March 18th, 2015, a messenger angel of God brought on, word for word, the following message of God to end-time Prophet Benjamin Cousijnsen.

Shalom! I greet you in the wonderful name of Yeshua HaMashiach, Jesus Christ. Verily, my name is Keabar and I am a messenger angel of God.

Verily, the governments, the powers of the darkness, and the so-called silent Obama, who shows himself less, are on the contrary more active than you think!
Verily, Obama pleads for a lot more technology, and invests more than 100 million! Verily, Obama the antichrist also uses his dark power often, to bring the governments into action, in order to work through leaders, without him being present. Verily, this is also to be less suspicious! Verily, many in the White House have been taken over. The guards also often make a blunder, because they collide with a barrier, after too much partying like animals.

Revelation 2, verse 10  Don’t be afraid of the things which you are about to suffer. Behold, the devil is about to throw some of you into prison, that you may be tested; and you will have oppression for ten days. Be faithful to death, and I will give you the crown of life.

Many Christians are already unexpectedly arrested and put into camps as subjects.
The technology, which the antichrist is calling for, is also meant for that!
I’m going now, Ruacha, Yeshu, Shalom! spoke the messenger angel of God, and disappeared.