Because there is fear of opposition from members among church leaders and leadership, due to the many revelations and the supernatural truths which can be found in the Evangelical Endtimemachine, the members are imposed with orders and prohibitions, in order that they not listen or talk about Prophet Benjamin Cousijnsen. Hear or read the full message of God! 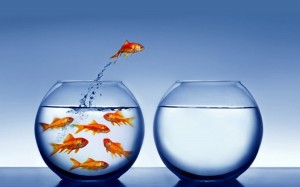 Hello, welcome! On May 4th, 2016, the following message was delivered by the messenger angel of God, on behalf of Yeshua HaMashiach, Jesus Christ, to God’s end-time Prophet of the last days, Benjamin Cousijnsen.

Shalom! I greet you in the almighty Name of Yeshua HaMashiach, YHWH, Jesus Christ. Verily, Kadosh, Holy is your Rabbouni, the Lord of lords! My name is Chamuël and I am a messenger angel of God.

Verily, there have also always been many teachers and pastors who criticize.

Numbers 16, verses 1 to 5  Korah son of Izhar, the son of Kohath, the son of Levi, and certain Reubenites — Dathan and Abiram, sons of Eliab, and On, son of Peleth — took men and rose up against Moses. With them were 250 Israelite men, well-known community leaders who had been appointed members of the council. They came as a group to oppose Moses and Aaron and said to them, “You have gone too far! The whole community is holy, every one of them, and YHWH is with them. Why then do you set yourselves above the assembly of YHWH?” When Moses heard this, he fell face-down. Then he said to Korah and all his followers: “In the morning YHWH will show who belongs to him and who is holy, and he will have that person come near him. The man he chooses he will cause to come near him”.
Verses 11 and 12  “It is against YHWH that you and all your followers have banded together. Who is Aaron that you should grumble against him?” Then Moses summoned Dathan and Abiram, the sons of Eliab. But they said, “We will not come!”
Verses 15 to 17  Then Moses became very angry and said to YHWH, “Do not accept their offering. I have not taken so much as a donkey from them, nor have I wronged any of them.” Moses said to Korah, “You and all your followers are to appear before YHWH tomorrow — you and they and Aaron. Each man is to take his censer and put incense in it — 250 censers in all — and present it before YHWH. You and Aaron are to present your censers also.”
Verses 19 to 21  When Korah had gathered all his followers in opposition to them at the entrance to the tent of meeting, the glory of YHWH appeared to the entire assembly. YHWH said to Moses and Aaron, “Separate yourselves from this assembly so I can put an end to them at once”.
And verse 35  And fire came out from YHWH and consumed the 250 men who were offering the incense.

Verily, how often they criticized Moses and Aaron!
They did not fit into their structured thinking. Those that followed Korah rebelled against the true, supernatural gospel. And even today, there are still many who criticize the power of God, because they are sinners, and would rather silence God and others in their church, and impose commandments on them by saying: “Don’t talk about Prophet Benjamin Cousijnsen! Don’t go and listen to the EvangelicalEndtimemachine”, because they are afraid that their church members will otherwise oppose them.

2 Corinthians 10, verses 10 and 11  For some say, “His letters are weighty and forceful, but in person he is unimpressive and his speaking amounts to nothing.” Such people should realize that what we are in our letters when we are absent, we will be in our actions when we are present.

And Matthew 23, verse 15  “Woe to you, teachers of the law and Pharisees, you hypocrites! You travel over land and sea to win a single convert, and when you have succeeded, you make them twice as much a child of hell as you are.”

Verily, one always wants to reject the full truth.
But the truth, the supernatural, can be found in the Evangelicalendtimemachine.com!
I’m going now, spoke the messenger angel of God, Ruacha, Yeshu, Shalom!