A message of God: VR glasses, among others, are part of the Virtual Reality era, in order to achieve the takeover of mankind. The Lord God, the God of Abraham, Isaac and Jacob, and Prophet Benjamin Cousijnsen, already warned you for these and other technologies, by which technological fallen angels are taking over many people in different ways. Be warned! Read and listen further… 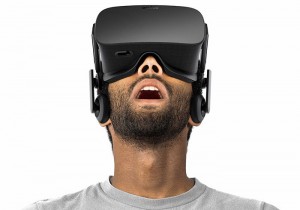 Hello, welcome! This is a revealing message of God, delivered on December 2nd, 2015, to Prophet Benjamin Cousijnsen, by a messenger angel of God.

The Virtual Reality, the virtual reality era so to say, has arrived!
The VR glasses are glasses, to which many mobile devices can be locked in. Satan has taken over many already, by making many addicted to cellphones! And now he goes much further, because one can use his or her cellphone – one’s god – to connect it to the VR glasses. Verily, there are even already cellphones and watches, that can project a lifelike virtual person, a hologram, with which one can communicate! Through Prophet Benjamin Cousijnsen, this was already revealed.

Today, the virtual hologram person is even used often by companies as a sales person, which appeals to everyone.
The fallen angels make much use of this, and will finally, through their technology, take over many people in different ways! Everyone will be introduced to wonder world. Put the glasses on, and you have been healed!

No stone is left unturned by satan.
Because it is about the number 666, which they will bring in front of the eyes!