OCT 16, 2012  A VISION: IN THIS NIGHT VISION THE GOD OF ABRAHAM, ISAAC AND JACOB IS SHOWING BENJAMIN COUSIJNSEN ONE ASPECT OF WONDER WORLD… THROUGH THE COMPUTER. BENJAMIN SEES, HOW SOMEONE IS LETTING HERSELF GO, USING A CARTOON! 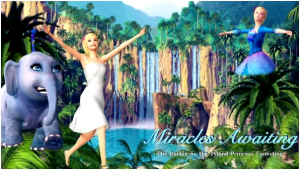 Hello! On the night of October 16th, 2012, the Lord God, the God of Abraham, Isaac and Jacob, gave Benjamin Cousijnsen the following vision. Benjamin writes,

I stood beside her, before her computer, and the Lord pointed me on it: Look in her computer.
And I saw that she had an appointment in a hotel, and then I saw the sign: ‘Do Not Disturb!’ on the door.

And I saw the following picture in large letters, as when a movie is over…

Then I saw a messenger angel of God in the cartoon, and I read his words…
Benjamin, this is now wonder world, like the world, which has been taken over totally. How do you find me as a cartoon? Do you recognize me? I’m Rafaël.

Many are, even by this world, being taken over totally!
Repent, you who’re listening! Go to Jesus Christ, He is the only Way, who wants to save you.

John 3, verse 35 and 36  The Father loves the Son, and has given all things into his hand. One who believes in the Son has eternal life, but one who disobeys the Son won’t see life, but the wrath of God remains on him.

Then the picture fell off and I woke up, and I immediately wrote down everything.
And I heard a voice: You there, this is God’s beloved Prophet, do not doubt, and listen to the God of Isaac, Jacob and Abraham. Many deceptive spirits want to distract you from the truth. Benjamin will speak, what he must pass on, on behalf of Yeshua HaMashiach, Jesus Christ.