JUN 10, 2013  PROPHETIC REPORT: WORLD HEAR, ALL COUNTRIES, WHAT ALREADY CAME OVER YOU AND IS TO COME! THE GOD OF ABRAHAM, ISAAC AND JACOB WARNED YOU THROUGH PROPHET BENJAMIN COUSIJNSEN, BECAUSE OF YOUR SINS! 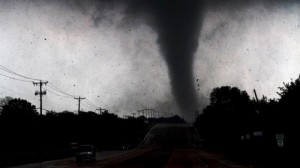 Hello, welcome! On June 10th, 2013, the angel of the Lord brought on this prophetic report of God to Benjamin Cousijnsen.

Shalom! I greet you in the wonderful name of Yeshua HaMashiach, Jesus Christ. Verily, verily, I tell you, I am the messenger angel Glory.

Verily, Thailand, on September 15, 2012, you have been warned by God’s beloved Prophet, Benjamin Cousijnsen, that you must repent.
Verily, the almighty God has also punished you, because of idolatry, animal cruelty, lust for money, fornication and many devilish practices!

Verily, also you, Texas, have already been punished by insects and tornadoes and rainfall and lightning bolts and more.
On September 17, 2012, you were also warned because of your sins!

Also Mexico, Spain, Indonesia, Belgium, America, Iran, Germany and the Netherlands, verily, shame on you for saying: “It was a natural disaster”.
Verily, the Prophet of the last days, Benjamin Cousijnsen, spoke, and what has been brought meanwhile, between 2012 and 2013, over your country? Did the Prophet not say: “2013 one will remember well”?
Verily, June 10, 2013! Verily, verily,

Read aloud: Genesis 6, verse 5 and 6, and Isaiah 24, verse 18 to 21 I’ll start with
Genesis 6, verse 5 and 6  Here it is written: And GOD saw that the wickedness of man was great in the earth, and that every imagination of the thoughts of his heart was only evil continually. And it repented the LORD that he had made man on the earth, and it grieved him at his heart.
Isaiah 24, verse 18 to 21  Here it is written: It will happen that he who flees from the noise of the fear will fall into the pit; and he who comes up out of the midst of the pit will be taken in the snare; for the windows on high are opened, and the foundations of the earth tremble. The earth is utterly broken. The earth is torn apart. The earth is shaken violently. The earth will stagger like a drunken man, and will sway back and forth like a hammock. Its disobedience will be heavy on it, and it will fall and not rise again. It shall happen in that day that the LORD will punish the army of the high ones on high, and the kings of the earth on the earth.
The messenger angel of God spoke further,

Verily, he who does not want to hear, shall perish!
And those who did have accepted Yeshua HaMashiach, Jesus Christ, will be snatched away, because they have repented and have loved Him, and have kept His commandments.

Read aloud: John 14, verse 21, and John 3, verse 16 to 18
John 14, verse 21  Here it is written: One who has my commandments, and keeps them, that person is one who loves me. One who loves me will be loved by my Father, and I will love him, and will reveal myself to him.
John 3, verse 16 to 18  Here it is written: For God so loved the world, that he gave his only begotten Son, that whoever believes in him should not perish, but have eternal life. For God didn’t send his Son into the world to judge the world, but that the world should be saved through him. He who believes in him is not judged. He who doesn’t believe has been judged already, because he has not believed in the name of the only begotten Son of God.
The messenger angel of God spoke further,

Verily world! The messenger angel, Thunder, stands ready to cause damage to every country, commissioned by the almighty God of Isaac, Jacob and Abraham.
The Prophet has often asked for delay and prayed for your country. Verily, do away with your idols! Cleanse yourself, have remorse and ask Yeshua HaMashiach, Jesus Christ, for forgiveness! Behold, your country! Is it not corrupt and worse than Sodom and Gomorrah?
Ponder this message and choose this day, whom you want to serve.

Read aloud: John 8, verse 28 to 29, and verse 31 to 32
John 8, verse 28 to 29  Here it is written: Jesus therefore said to them, “When you have lifted up the Son of Man, then you will know that I am he, and I do nothing of myself, but as my Father taught me, I say these things. He who sent me is with me. The Father hasn’t left me alone, for I always do the things that are pleasing to him.”
And verse 31 and 32  Jesus therefore said to those Jews who had believed him, “If you remain in my word, then you are truly my disciples. You will know the truth, and the truth will make you free.”