PART 1  REVELATION OF GOD, PASSED ON WORD FOR WORD TO HIS SERVANT AND END-TIME PROPHET, BENJAMIN COUSIJNSEN: THERE IS LIFE IN THE UNIVERSE, THE LIFE OF INNUMERABLE SPIRITS, BOTH GOOD AND EVIL SPIRITS! THE LORD SPOKE: A SEQUEL MESSAGE FOLLOWS AFTER THIS. 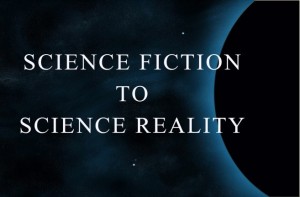 Hello, welcome! On February 12th, 2014, Prophet Benjamin Cousijnsen received the following message of God from a messenger angel of God.

Shalom! I greet you in the almighty name of Yeshua HaMashiach, Isa, Jesus Christ of Nazareth. Verily, my name is Elisama and I am a messenger angel of God.

Psalm 19, verse 1  The heavens declare the glory of God. The expanse shows his handiwork.
Psalm 104, verse 24  O LORD, how many are your works! In wisdom have you made them all. The earth is full of your riches.

Verily, man wants to be like God and intrude into the utmost height of Heaven.
And if possible, one even wants to seek Heaven in secret and reach it in all foolishness.

Deuteronomy 29, verse 29  The secret things belong to the LORD our God; but the things that are revealed belong to us and to our children forever, that we may do all the words of this law.

Man wants to penetrate further and further with the knowledge of the fallen angels.
Once they were angels of Heaven, the technological fallen angels, and their knowledge is very high! But with their knowledge and infidelity, they chose the side of Lucifer, satan, and were banished from Heaven. Thus they also made spaceships and runways. And now, with their knowledge, fantasy also became reality, and today one is living in the time of space travel and science fiction.

Can you imagine how fast the messenger angels of God are traveling through space?
No distance is too far! The star which is closest to the Earth is 24,854,847 miles away from Earth.
The moon has already now come within the reach of humanity, and one has visited it a few times, along with a few other planets.

One gets used to all things…
And one hardly knows how many satellites are already moving in space around the Earth, including satellites that one uses for the total takeover of man through the RFID-chip 666.
Verily, David praised the Lord more, in the glory and majesty of the whole universe, than all the astronauts together with their space flights!

Psalm 19, verses 1 to 8  The heavens declare the glory of God. The expanse shows his handiwork. Day after day they pour forth speech, And night after night they display knowledge. There is no speech nor language, Where their voice is not heard. Their voice has gone out through all the earth, Their words to the end of the world. In them he has set a tent for the sun, Which is as a bridegroom coming out of his chamber, Like a strong man rejoicing to run his course. His going forth is from the end of the heavens, His circuit to its ends; There is nothing hidden from its heat. The law of the LORD is perfect, restoring the soul. The testimony of the LORD is sure, making wise the simple. The precepts of the LORD are right, rejoicing the heart. The commandment of the LORD is pure, enlightening the eyes.

Verily!
As an astronaut expressed from his mouth that he had never encountered God – a terrible saying! – now, this astronaut was allowed to meet God after all, in death. Verily, there is life in the universe, but of spirits. Innumerable multitudes of spirits there are: good, but also evil spirits.

Job 26, verses 13 and 14  By his Spirit the heavens are garnished. His hand has pierced the swift serpent. Behold, these are but the outskirts of his ways. How small a whisper do we hear of him! But the thunder of his power who can understand?