VERILY, THE TOTAL TAKEOVER IS IN FULL SWING! THE DESTROYER OF PEOPLE IS WORKING WITH HIS HELLISH BREATH AND SPIRIT IN MANY UNBELIEVERS, WHO HAVE CURSED AND REJECTED YESHUA HAMASIACH, JESUS CHRIST! 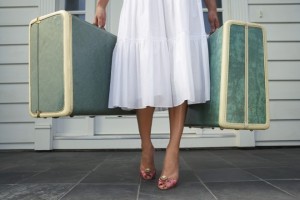 Hello, very welcome! On Friday, August 8th, 2014, a messenger angel of the almighty God, the God of Abraham, Isaac and Jacob, brought on the following message to end-time Prophet Benjamin Cousijnsen.

Shalom! I greet you in the wonderful name of Yeshua HaMashiach, Jesus Christ. Verily, my name is Reabimba and I am a messenger angel of God.

Verily, it began as a fairy tale…
And they speak out a promise before God and to each other, and promise each other eternal fidelity until death will separate them. For weeks or months, they realize, ‘I said Yes’.

Verily, some say: “If we get married, I will change”.
Also, many men say this often and promise mountains of gold! Verily, light and dark do not mix. The wise says:

Proverbs 14, verse 15  A simple man believes everything, But the prudent man carefully considers his ways.
Proverbs 15, verse 3  The eyes of the LORD are everywhere, Keeping watch on the evil and the good.

Verily, from beautiful promises you cannot read anything.
But from the steps that someone has taken in His life, we can!

1 Corinthians 6, verse 19  Or don’t you know that your body is a temple of the Holy Spirit which is in you, which you have from God? You are not your own.

Malachi 2, verse 15 and 16  Did he not make one, although he had the residue of the Spirit? Why one? He sought a godly seed. Therefore take heed to your spirit, and let none deal treacherously against the wife of his youth. For I hate divorce,” says the LORD, the God of Israel, “and him who covers his garment with violence!’ says the LORD of hosts. “Therefore take heed to your spirit, that you don’t deal treacherously”.

Matthew 19, verse 6 to 10  “So that they are no more two, but one flesh. What therefore God has joined together, don’t let man tear apart. They asked him, “Why then did Moses command us to give her a bill of divorce, and divorce her?” He said to them, “Moses, because of the hardness of your hearts, allowed you to divorce your wives, but from the beginning it has not been so. I tell you that whoever divorces his wife, except for sexual immorality, and marries another, commits adultery; and he who marries her when she is divorced commits adultery.” His disciples said to him, “If this is the case of the man with his wife, it is not expedient to marry”.
Matthew 5, verse 31 to 33  It was also said, ‘Whoever shall put away his wife, let him give her a writing of divorce,’ but I tell you that whoever puts away his wife, except for the cause of sexual immorality, makes her an adulteress; and whoever marries her when she is put away commits adultery. “Again you have heard that it was said to them of old time, ‘You shall not make false vows, but shall perform to the Lord your vows’”.

Verily, suppose that you as an unbeliever would marry, and one of you repents…

1 Corinthians 7, verse 13 to 16  The woman who has an unbelieving husband, and he is content to live with her, let her not leave her husband. For the unbelieving husband is sanctified in the wife, and the unbelieving wife is sanctified in the husband. Otherwise your children would be unclean, but now are they holy. Yet if the unbeliever departs, let there be separation. The brother or the sister is not under bondage in such cases, but God has called us in peace. For how do you know, wife, whether you will save your husband? Or how do you know, husband, whether you will save your wife?
And verse 10  But to the married I command — not I, but the Lord — that the wife not leave her husband.

Verily, if you as a Christian are being spiritually destroyed by your partner, and become traumatized, and are deeply humiliated and mocked, which also disturbs your relationship with Yeshua HaMashiach, Jesus Christ, and one does not want to repent, and one mistreats you both mentally and physically…
Verily, leave that house! Verily, the total takeover is in full swing! The destroyer of people is working with his hellish breath and spirit in many unbelievers, who have cursed and rejected Yeshua HaMashiach, Jesus Christ, again and again. Many have therefore already been taken over.

Revelation 21, verse 8  But for the cowardly, unbelieving, sinners, abominable, murderers, sexually immoral, sorcerers, idolaters, and all liars, their part is in the lake that burns with fire and sulfur, which is the second death.
Revelation 20, verse 15  If anyone was not found written in the book of life, he was cast into the lake of fire.

John 3, verse 16, 17 and 18  For God so loved the world, that he gave his only begotten Son, that whoever believes in him should not perish, but have eternal life. For God didn’t send his Son into the world to judge the world, but that the world should be saved through him. He who believes in him is not judged. He who doesn’t believe has been judged already, because he has not believed in the name of the only begotten Son of God.

Verily, beloveds of the Lord,

Ephesians 4, verse 17  This I say therefore, and testify in the Lord, that you no longer walk as the rest of the Gentiles also walk, in the futility of their mind.
Ephesians 6, verse 12 and 13  For our wrestling is not against flesh and blood, but against the principalities, against the powers, against the world’s rulers of the darkness of this age, and against the spiritual forces of wickedness in the heavenly places. Therefore, put on the whole armor of God, that you may be able to withstand in the evil day, and, having done all, to stand.

Light and dark do not mix, such as heaven and hell do not mix!
I’m going now, Ruacha, Yeshu, Shalom! spoke the messenger angel of God, and disappeared.