THE ANGEL OF GOD PASSES ON A SPECIAL STORY, WHICH IS ALSO NICE FOR CHILDREN. CHILDREN WILL LEARN FROM THIS STORY: WHAT YOU OWN, YOU MUST ALSO BE ABLE TO GIVE AWAY. 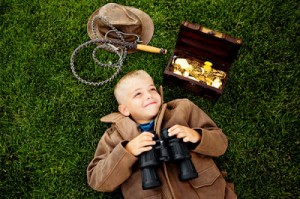 In June 2012 Benjamin Cousijnsen received the following message from a messenger angel of God. Benjamin writes,

Shalom, Benjamin! spoke the angel of God, I come in the name of Yeshua HaMashiach, Jesus Christ.

I bring you a special message, which is also nice for children.
Elisama was 13 years old. He played in the street, as it was safe, with Esther and Peter, who were also his friends. Besides, Esther was 12 years old, and Peter was 11 years old.

One day they were playing a game…
Esther had to hide a small cardboard box, in which they put something that was precious to them. Elisama put sweets in it. Peter put a feather in it, along with his favorite stone. And Esther had to hide the small box, and later Esther was allowed to search. Esther put here and there an arrow for a direction.
Benjamin, they are going to play Treasure Hunt. He who will find the treasure first, is rich, and gets this all together for himself.

Matthew 6, verse 21  For where your treasure is, there your heart will be also.

Benjamin, what Esther did not know, was that there was also another treasure beside her little box.
But none of them knew that, except the angels of God and God Himself, who observed them.

Matthew 19, verse 21 to 23  Here it is written: Jesus said to him, “If you want to be perfect, go, sell what you have, and give to the poor, and you will have treasure in heaven; and come, follow me.” But when the young man heard that saying, he went away sad, for he was one who had great possessions.
The angel of God spoke further,

How they were searching!
Esther had the most fun, until Peter was the cock of the walk and ran just past Elisama, and began to dig at the tree.

Suddenly a strange noise sounded, just underneath the little cardboard box, which Peter now grabbed…
“Did you hear that?” said Elisama.
“Yes!” Peter and Esther said, “what would that be?” Then they dug it up.
What kind of valuable treasure was there, you think, you who’re listening?
The veil shall be taken away, watch this! said the angel.
Who would have put this down, do you think?
It was an old worn-out, rusty casket, and what was in there…? Through the ages there has been fought for that, to the death! Never the evil one was able to destroy, what was in there, the content, because Jesus Christ is more than a conqueror.
Peter cried it out: “We are rich, rich, rich!”

Then the box was opened, and there was… the most valuable treasure: God’s Word, the Bible!
Together they read from it. And then they received their true treasure in their hearts, Jesus Christ.

Matthew 19, verse 13 to 15  Here it is written: Then little children were brought to him, that he should lay his hands on them and pray; and the disciples rebuked them. But Jesus said, “Allow the little children, and don’t forbid them to come to me; for to such belongs the Kingdom of Heaven.”