TODAY THE MESSENGER ANGEL BRINGS A SPECIAL MESSAGE, JUST FOR BELIEVERS WHO THINK THAT THE LORD DOES NOT SPEAK NOW IN THIS TIME (OR NOT ANYMORE), BY MEANS OF MESSAGES THROUGH MESSENGER ANGELS AND A TRUE PROPHET. 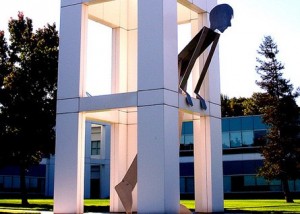 Hello, welcome! On April 13th, 2013, the messenger angel of God brought on the following message to Prophet Benjamin Cousijnsen.

Shalom! I greet you in the almighty Name of Yeshua HaMashiach, Jesus Christ. Verily, my name is Gabralinda.

Genesis 16, verse 7  The angel of the LORD found her by a fountain of water in the wilderness, by the fountain in the way to Shur.
Genesis 19, verse 1  The two angels came to Sodom at evening. So far.
Genesis 21, verse 17  And God heard the voice of the boy. The angel of God called to Hagar out of heaven, and said to her… so far.
Genesis 24, verse 40  He said to me, ‘The LORD, before whom I walk, will send his angel with you, and prosper your way…’ so far.

Matthew 1, verse 24  Joseph arose from his sleep, and did as the angel of the Lord commanded him, and took his wife to himself.

Read aloud: Matthew 28, verses 2 to 6, and Acts 5, verse 12 and verses 18 to 19, and Hebrews 1, verses 7 and 8, and Revelation 8, verse 6  I’ll start with
Matthew 28, verses 2 to 6  Here it is written: Behold, there was a great earthquake, for an angel of the Lord descended from the sky, and came and rolled away the stone from the door, and sat on it. His appearance was like lightning, and his clothing white as snow. For fear of him, the guards shook, and became like dead men. The angel answered the women, “Don’t be afraid, for I know that you seek Jesus, who has been crucified. He is not here, for he has risen, just like he said. Come, see the place where the Lord was lying.”
Acts 5, verse 12  Here it is written: By the hands of the apostles many signs and wonders were done among the people. They were all with one accord in Solomon’s porch.
And verses 18 to 19  Here it is written: And they laid hands on the apostles, and put them in public custody. But an angel of the Lord opened the prison doors by night, and brought them out, and said… so far.
Hebrews 1, verses 7 and 8  Here it is written: Of the angels he says, “Who makes his angels winds, And his servants a flame of fire.” but of the Son he says, “Your throne, O God, is forever and ever; The scepter of uprightness is the scepter of your Kingdom”.
Revelation 8, verse 6  Here it is written: The seven angels who had the seven trumpets prepared themselves to sound.

Verily, verily, the God of Isaac, Jacob, and Abraham is the same today for all eternity!
One does not change anything about that. From the beginning, God sent out His messenger angels with a command. God says also: I Am who I Am.

Many people and Christians are still being rescued daily by the messenger angels of God.
Think of the persecution of Christians. In Indonesia one had discovered where a group of Christians came together. The secret police with some soldiers stormed the building. Before the building was stormed, while shooting, a messenger angel stood by this group of Christians and said, “Jump out the window!” Witnesses observed that one saw angels who carried them through the air and placed them safely back on the ground. That’s how they could escape!

Verily, verily, God is great!
My name is Gabralinda, and I tell you, box thinkers: God is the Same! And Benjamin Cousijnsen is God’s beloved Prophet, and anointed and blessed by the holy Prophets of God. He who does not take him seriously will soon beat his breast. God says: I Am who I Am, and am sending My messenger angels to My Prophet of the last days. Every word and letter has been passed on by the angels of God. The workers are Benjamin’s voice, because Benjamin is not really a speaker, but more a receiver of God.

These are the end times! Even though many churches keep silent and think that the Return will stay away yet a long time.
Behold, unexpectedly you will beat your breast of remorse!
I’m going now, spoke the messenger angel of God, Ruacha, Yeshu, Shalom!