THE GOD OF ISRAEL NEVER SPOKE LIKE THAT, BUT TREAT EVERY HUMAN BEING AS YOU WANT TO BE TREATED! 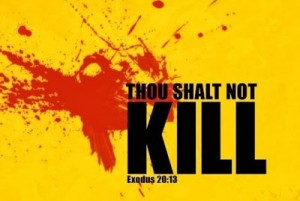 Hello, welcome! On December 25th, 2013, the messenger angel of the almighty God, the God of Abraham, Isaac and Jacob brought on the following message to end-time Prophet Benjamin Cousijnsen.

Shalom! I greet you in the almighty name of Yeshua HaMashiach, Isa, Jesus Christ of Nazareth. Verily, Kadosh, kadosh, kadosh, holy is the Son of God, the Son of the God of Abraham, Isaac and Jacob! Verily, Prophet Benjamin Cousijnsen, my name is Michaël.

Hear attentively.
On October 25, 2012, the messenger angel Ruacha brought to you a message with the theme: ‘They want Israel to subject to Islam!’ Verily, Islam acts extra vigorously against the Christians and commits atrocities in order to eradicate Christians, like beheading them, both outside and in the FEMA camps, where Obama also delivered these beheading machines, called guillotines, including in China.

Verily, terrorist lists have been distributed among the Muslims, with information about the ‘haters’: the evangelical Christians!
Verily, one acts vigorously against the Christians, and this has now become even stronger. As it is written in the Quran, in Sura 5, verse 33  Here it is written: The punishment of those who wage war against Allah and His Apostle and strive with might and main for mischief through the land is: execution, or crucifixion, or the cutting off of hands and feet from opposite sides, or exile from the land: that is their disgrace in this world and a heavy punishment is theirs in the Hereafter.
The messenger angel of God spoke,

Verily, Hear! The God of Israel, the God of Abraham, Isaac and Jacob has never spoken like that.
On August 29, 2013, the messenger angel Thunder brought to you a message on the subject of: ‘The angel Gabriël never appeared to Mohammed!’ Verily, what god would say, “Crucify the Christians!” or “Chop off their heads, or the hands and feet!” or “Burn those Christians”? Verily, even Obama, the antichrist, turns a blind eye and stands fully behind it. Why? Because he is also a Muslim and the ‘beast’! For there is no afterlife for those who deal with such horrendous acts!

Verily!
In the tribe of Quraish many atrocities were done, and they did occult practices, and one used halal meat, and they spoke a prayer formula unto their god. So Mohammed came forth from this generation. Verily, however, the true God, the God of Abraham, Isaac and Jacob, is a God of love!

Verily, read once the Bible of all those evangelical Christians, and discover the truth!
Thus speaks the Lord: Stop murdering! Yeshua HaMashiach, Isa, Jesus Christ, is My name, and My honor I will not give to another god, never!

Read aloud: Isaiah 42, verse 23  Here it is written: Who is there among you who will give ear to this? who will listen and hear for the time to come?
The messenger angel of God spoke,

Repent!
Besides Heaven, there is also a hell, which burns with brimstone and fire for the dragon and its followers. This is not the place that you thought to have in mind! Treat every human being as you want to be treated. That’s God!

Read aloud: Galatians 6, verses 3 to 5  Here it is written: For if a man thinks himself to be something when he is nothing, he deceives himself. But let each man test his own work, and then he will take pride in himself and not in his neighbor. For each man will bear his own burden.

Revelation 12, verses 10 to 12  Here it is written: And I heard a loud voice in heaven, saying, “Now is come the salvation, the power, and the Kingdom of our God, and the authority of his Christ; for the accuser of our brothers has been thrown down, who accuses them before our God day and night. They overcame him because of the Lamb’s blood, and because of the word of their testimony. They didn’t love their life, even to death. Therefore rejoice, heavens, and you who dwell in them. Woe to the earth and to the sea, because the devil has gone down to you, having great wrath, knowing that he has but a short time”.