JAN 4, 2014 ON JANUARY 3, 2014, WE HEARD SUDDEN THUNDERCLAPS IN THE AIR. BENJAMIN COUSIJNSEN, SERVANT OF GOD, MADE INQUIRIES OF THE LORD: “IT DOESN’T COUNT FOR MUCH YET”, SPOKE THE LORD! 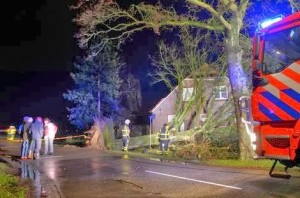 Hello, welcome! On January 4th, 2014, a messenger angel of the almighty God brought on this prophetic and warning message of God to end-time Prophet Benjamin Cousijnsen.

Verily, on Friday evening thunder was heard, and Prophet Benjamin Cousijnsen said, “Lord, what is this?”
Then the Lord spoke, It doesn’t count for much, but it is the angel Thunder.
Verily, my name is Thunder, I am the messenger angel of God. On January 2, Prophet Benjamin Cousijnsen told you yet, what the messenger angel Pansari passed on, on behalf of Yeshua HaMashiach, Isa, Jesus Christ of Nazareth, that both Suriname and Europe received postponement momentarily. And the Lord also told you, Unexpectedly, I can turn the silence into storm. Also, the Lord spoke to you yet, that he can suddenly turn your country into chaos, and that happened in Enschede among others, and in other parts of Europe. And the Lord said yet: Doesn’t count for much yet!

Verily, I, the messenger angel of God, gave out a visiting card to Europe on Friday, January 3, in the region of Twente, and throughout the Netherlands.
Verily, this doesn’t count for much! In Enschede some roofs collapsed, and even a part of the roof, I Thunder blew away. Many roofing tiles flew around and damaged cars, as well as some windows of houses. And I, Thunder, caused many trees to blow down. I blew, and God’s breath caused a wind gust of 106 miles per hour.

I, Thunder, also say unto you: 2014 is a year that is worse than 2013.
Verily, hear the wind! One will not know, where I, Thunder, came from. Your names are on my list. Repent, before I strike widely!

Verily, both in Toledo, Ohio, and in parts of other countries, will also not be spared from the RFID-chip machines
Verily, and the ‘beast’ will strike: Obama!

Revelation 13, verse 16 and 17  Read this aloud. Here it is written: And he causes all, the small and the great, the rich and the poor, and the free and the slave, to be given marks on their right hands, or on their foreheads; and that no one would be able to buy or to sell, unless he has that mark, the name of the beast or the number of his name.

Hear, world!
Don’t go along with this! For it stands firm, that you have signed your covenant with satan with that. And he who does not want to hear, will perish. Repent! Accept Yeshua HaMashiach, Isa, Jesus Christ. Don’t be stubborn. Worship Him alone! Also I tell you, He alone can change your life, so that you can change others, but then you do need to surrender to Him.
I’m going now, Ruacha, Yeshu, Shalom!