When the Rapture – the Gathering or Snatching Away – will have taken place, the ‘visitors from space’ will manipulate humanity and turn them against each other, with the goal that mankind will eliminate each other! Read and hear how this will happen. 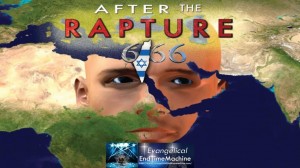 Hello, welcome! On June 27th, 2016, the messenger angel of God brought on, word for word, this affirming, revealing and prophetic message of God to end-time Prophet Benjamin Cousijnsen.

Isaiah 14, verse 16  Those who see you will stare at you. They will ponder you, saying, “Is this the man who made the earth to tremble, who shook kingdoms?
Isaiah 30, verse 1  “Woe to the rebellious children,” says the LORD, “who take counsel, but not from me; and who make an alliance, but not with my Spirit, that they may add sin to sin.”

Verily, also the following mysteries are now being revealed!
When the Rapture has taken place, the visitors from space will manipulate humanity, and also turn them against each other.

Jeremiah 6, verse 18  Therefore hear, you nations, and know, congregation, what is among them.

Verily, my name is Rimsulent and I am a messenger angel of God.

Lamentations 3, verse 25  The LORD is good to those who wait for him, to the soul that seeks him.

Verily!
Whoever does not accept Yeshua HaMashiach, YHWH, Jesus Christ, as his personal Savior and Lord, will receive a hard time. The visitors from space will come in the form of a perfect human being, but they are fallen angels!

Revelation 9, verse 2 and 3  He opened the pit of the abyss, and smoke went up out of the pit, like the smoke from a great burning furnace. The sun and the air were darkened because of the smoke from the pit. Then out of the smoke came forth locusts on the earth, and power was given to them, as the scorpions of the earth have power.

The left behinds on the earth will be put in camps by the fallen angels, and trained in order to kill so called taken over people.
For these trained people will kill their own people that way! Namely because they don’t know that they have not been taken over. But because of their manipulation glasses from their camp leader, who is indeed a fallen angel, they are deceived like that in this manner, with false projection images, which determine and say who is a fallen angel and who is not. Thus mankind eliminates each other.

Revelation 13, verse 16 and 17  He causes all, the small and the great, the rich and the poor, and the free and the slave, to be given marks on their right hands, or on their foreheads; and that no one would be able to buy or to sell, unless he has that mark, the name of the beast or the number of his name.