A MESSAGE OF GOD, BROUGHT ON BY THE MESSENGER ANGEL OF GOD: OBAMA FEARS THE TRUTH AND WILL ALWAYS HATE THE LIGHT, WHICH REVEALS THE TRUTH! MORE ABOUT THE DOCUMENTARY OF JULY 6, 2013! 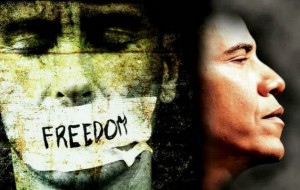 Hello, welcome! On July 3rd, 2013, the angel of the Lord brought on the following message of God to Benjamin Cousijnsen.

Shalom, God’s beloved simple Prophet, Benjamin Cousijnsen! I greet you in the almighty name of Yeshua HaMashiach, Jesus Christ. Verily, verily, I tell you, I am the messenger angel of God and my name is Kasiana.

Read aloud: Mark 4, verse 11 to 13, and verse 21 to 25
Mark 4, verse 11 to 13  Here it is written: He said to them, “To you is given the mystery of the Kingdom of God, but to those who are outside, all things are done in parables, that ‘seeing they may see, and not perceive; and hearing they may hear, and not understand; lest perhaps they should turn again, and their sins should be forgiven them.’” He said to them, “Don’t you understand this parable? How will you understand all of the parables?”
And verse 21 to 25  He said to them, “Is the lamp brought to be put under a basket or under a bed? Isn’t it put on a stand? For there is nothing hidden, except that it should be made known; neither was anything made secret, but that it should come to light. If any man has ears to hear, let him hear.” He said to them, “Take heed what you hear. With whatever measure you measure, it will be measured to you, and more will be given to you who hear. For whoever has, to him will more be given, and he who doesn’t have, from him will be taken away even that which he has.”
The messenger angel of God spoke further,

Verily, Obama fears the truth and will always hate the light, which reveals the truth.

Read aloud: John 8, verse 12 and verse 23 and 26  Here it is written: Again, therefore, Jesus spoke to them, saying, “I am the light of the world. He who follows me will not walk in the darkness, but will have the light of life.”
And verse 23  He said to them, “You are from beneath. I am from above. You are of this world. I am not of this world.”
And verse 26  “I have many things to speak and to judge concerning you. However he who sent me is true; and the things which I heard from him, these I say to the world.”
The messenger angel of God spoke further,

Verily, they want to change the truth into a lie!
And one will also persecute that Edward S. with the truths and kill him, because of the dreaded disclosures. Verily, the antichrist Obama goes in against the light and gives the world what is unnatural, and goes in against God’s words and commandments, because he cannot endure the Light, the Son of God, Yeshua HaMashiach, Jesus Christ! Verily, the antichrist gave the world the light of the darkness, and Adam and Eve have been replaced by satan.

Verily, even the fallen angels will do everything to make a massacre of Egypt, and this will also happen!
Verily, I, the messenger angel of God, advise you to look the truth in the eye.

You can watch the full truth and revelations on Saturday July 6,
by watching a documentary of revelations, which have been passed on in the almighty name of the God of Abraham, Isaac and Jacob to God’s end-time Prophet, Benjamin Cousijnsen. Verily,

Read aloud: Revelation 13, verse 6 to 9  Here it is written: He opened his mouth for blasphemy against God, to blaspheme his name, and his dwelling, those who dwell in heaven. It was given to him to make war with the saints, and to overcome them. Authority over every tribe, people, language, and nation was given to him. All who dwell on the earth will worship him, everyone whose name has not been written from the foundation of the world in the book of life of the Lamb who has been killed. If anyone has an ear, let him hear.
The messenger angel of God spoke further,

Verily, with thanks to the beast, there are now churches, full of perversions of God’s word!
Hear attentively! I’m talking about the demons, fallen angels, spirits of devils, who are among you, who have taken over many people and replaced their souls.

Read aloud: Revelation 16, verse 14 to 16, and verse 18 to 21, and John 3, verse 16 to 21, and John 4, verse 24
Revelation 16, verse 14 to 16  Here it is written: For they are spirits of demons, performing signs; which go forth to the kings of the whole inhabited earth, to gather them together for the war of that great day of God, the Almighty. “Behold, I come like a thief. Blessed is he who watches, and keeps his clothes, so that he doesn’t walk naked, and they see his shame.” He gathered them together into the place which is called in Hebrew, Megiddo.
And verse 18 to 21  There were lightnings, sounds, and thunders; and there was a great earthquake, such as was not since there were men on the earth, so great an earthquake, so mighty. The great city was divided into three parts, and the cities of the nations fell. Babylon the great was remembered in the sight of God, to give to her the cup of the wine of the fierceness of his wrath. Every island fled away, and the mountains were not found. Great hailstones, about the weight of a talent, came down out of the sky on people. People blasphemed God because of the plague of the hail, for this plague is exceedingly severe.
John 3, verse 16 to 21  Here it is written: For God so loved the world, that he gave his only begotten Son, that whoever believes in him should not perish, but have eternal life. For God didn’t send his Son into the world to judge the world, but that the world should be saved through him. He who believes in him is not judged. He who doesn’t believe has been judged already, because he has not believed in the name of the only begotten Son of God. This is the judgment, that the light has come into the world, and men loved the darkness rather than the light; for their works were evil. For everyone who does evil hates the light, and doesn’t come to the light, lest his works would be exposed. But he who does the truth comes to the light, that his works may be revealed, that they have been done in God.
John 4, verse 24  Here it is written: God is spirit, and those who worship him must worship in spirit and truth.