A message of God: Do not think that the two witnesses are like you! Read or listen to the entire message. 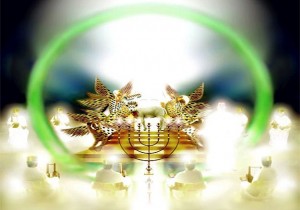 Hello, very welcome! On March 1st, 2016, the angel of the Lord brought on the following message to end-time Prophet Benjamin Cousijnsen, on behalf of the almighty God, YHWH, the God of Abraham, Isaac and Jacob.

Shalom! I greet you in the wonderful name of Yeshua HaMashiach, Jesus Christ. Verily, my name is Cheroe, and I am also called Cherubim.

Hebrews 10, verse 22 to 24  Let’s draw near with a true heart in fullness of faith, having our hearts sprinkled from an evil conscience, and having our body washed with pure water, let us hold fast the confession of our hope without wavering; for he who promised is faithful. Let us consider how to provoke one another to love and good works.

And Hebrews 11, verse 1  Now faith is assurance of things hoped for, proof of things not seen.
And verse 5 and 6  By faith, Enoch was taken away, so that he wouldn’t see death, and he was not found, because God translated him. For he has had testimony given to him that before his translation he had been well pleasing to God. Without faith it is impossible to be well pleasing to him, for he who comes to God must believe that he exists, and that he is a rewarder of those who seek him.

Revelation 14, verse 12  Here is the patience of the saints, those who keep the commandments of God, and the faith of Jesus.

Revelation 15, verse 4  Who wouldn’t fear you, Lord, and glorify your name? For you only are holy. For all the nations will come and worship before you. For your righteous acts have been revealed.

Revelation 21, verse 5  He who sits on the throne said, “Behold, I am making all things new.” He said, “Write, for these words of God are faithful and true”.

Revelation 17, verse 4 and 5  The woman was dressed in purple and scarlet, and decked with gold and precious stones and pearls, having in her hand a golden cup full of abominations and the impurities of the fornication of the earth. And on her forehead a name was written, “MYSTERY, BABYLON THE GREAT, THE MOTHER OF THE PROSTITUTES AND OF THE ABOMINATIONS OF THE EARTH”.
And verse 7  The angel said to me, “Why do you wonder? I will tell you the mystery of the woman, and of the beast that carries her, which has the seven heads and the ten horns”.

Verily, do not think that the two witnesses are like you!

Revelation 11, verse 5 and 6  If anyone desires to harm them, fire proceeds out of their mouth and devours their enemies. If anyone desires to harm them, he must be killed in this way. These have the power to shut up the sky, that it may not rain during the days of their prophecy. They have power over the waters, to turn them into blood, and to strike the earth with every plague, as often as they desire.
And verse 16 and 17  The twenty-four elders, who sit on their thrones before God’s throne, fell on their faces and worshiped God, saying: “We give you thanks, Lord God, the Almighty, the one who is and who was; because you have taken your great power, and reigned”.

Revelation 4, verse 5 and 6  Out of the throne proceed lightnings, sounds, and thunders. There were seven lamps of fire burning before his throne, which are the seven Spirits of God. Before the throne was something like a sea of glass, similar to crystal. In the midst of the throne, and around the throne were four living creatures full of eyes before and behind.
And verse 8 to 11  The four living creatures, each one of them having six wings, are full of eyes around and within. They have no rest day and night, saying, “Holy, holy, holy is the Lord God, the Almighty, who was and who is and who is to come!” When the living creatures give glory, honor, and thanks to him who sits on the throne, to him who lives forever and ever, the twenty-four elders fall down before him who sits on the throne, and worship him who lives forever and ever, and throw their crowns before the throne, saying, “Worthy are you, our Lord and God, the Holy One, to receive the glory, the honor, and the power, for you created all things, and because of your desire they existed, and were created!”