A message of God: A really long time ago there once was a stranger among men. He was different and was not understood. “A strange bird”, one might say today! 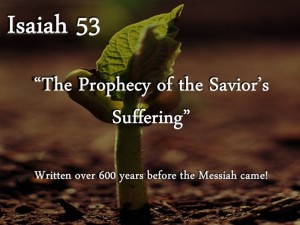 Hello, very welcome! On May 4th, 2015, a messenger angel of God brought on word for word the following message of God to Prophet Benjamin Cousijnsen.

Shalom! I greet you in the wonderful name of Yeshua HaMashiach, Jesus Christ. Verily, my name is Graéa and I am a messenger angel of God.

Verily, Yeshua HaMashiach, Jesus Christ, loves you.
You may say, “But I do not and besides, I don’t want to hear anything about Him or religion!” Then let me tell you another story.

A really long time ago there once was a stranger among the people…
He was despised and rejected by men. He was different, this stranger. “A strange bird”, one might say today! He was mistreated because of the truth. And He took the trespasses of the people upon himself in love. He came up for the weaker; He was more than a friend. But people, His people, saw Him as a burden, a plague! Who He was, was not understood, even though He did many miracles and took their punishment upon himself, and He was more than a Prophet!
They devised a plan to end His life, under severe mistreatment, which is also now applied again in the end of days. And the thanks to Him was, that they had made His grave with the wicked.

How do you think about this, about this story?
And if I tell you now that this stranger is called Yeshua HaMashiach, Jesus Christ?

Isaiah 53, verse 3 to 12  He was despised, and rejected by men; a man of suffering, and acquainted with disease. He was despised as one from whom men hide their face; and we didn’t respect him. Surely he has borne our sickness, and carried our suffering; yet we considered him plagued, struck by God, and afflicted. But he was pierced for our transgressions. He was crushed for our iniquities. The punishment that brought our peace was on him; and by his wounds we are healed. All we like sheep have gone astray. Everyone has turned to his own way; and the LORD has laid on him the iniquity of us all. He was oppressed, yet when he was afflicted he didn’t open his mouth. As a lamb that is led to the slaughter, and as a sheep that before its shearers is mute, so he didn’t open his mouth. He was taken away by oppression and judgment; and as for his generation, who considered that he was cut off out of the land of the living and stricken for the disobedience of my people? They made his grave with the wicked, and with a rich man in his death; although he had done no violence, neither was any deceit in his mouth. Yet it pleased the LORD to bruise him. He has caused him to suffer. When you make his soul an offering for sin, he shall see his seed. He shall prolong his days, and the pleasure of the LORD shall prosper in his hand. After the suffering of his soul, he will see the light and be satisfied. My righteous servant will justify many by the knowledge of himself; and he will bear their iniquities. Therefore will I divide him a portion with the great, and he shall divide the spoil with the strong; because he poured out his soul to death, and was numbered with the transgressors; yet he bore the sin of many, and made intercession for the transgressors.

Verily, confess your sins, known and unknown.
And thank Him that He is risen from the dead, and that He has redeemed you with His precious Blood, and has broken the yoke of slavery! And say in your prayer: “From now I will allow myself to be baptized as an adult, and enter into a steady relationship with Yeshua HaMashiach, Jesus Christ. Amen!”