AUGUST 11, 2014  AT THIS MOMENT, THE PROPHETIC REVELATIONS AND PROPHETIC FULFILLMENTS ARE ALREADY VERY CURRENT. EVERYTHING THAT END-TIME PROPHET BENJAMIN COUSIJNSEN PASSES ON, ON BEHALF OF GOD, HAPPENS SHORTLY AFTER! IT WAS REVEALED ON AUGUST 1, 2014 THAT THE PUNISHMENTS OF GOD OVER THE WORLD WOULD GET MORE EXTREME. AND IN THIS MESSAGE OF GOD, BROUGHT TO GOD’S PROPHET BENJAMIN COUSIJNSEN, YOU CAN HEAR AND READ THAT IT HAS ALREADY GONE INTO FULFILLMENT! VERILY, EVERYTHING IS CALLED NATURAL FORCES, EVEN THOUGH THE GOD OF ABRAHAM CLEARLY SHOWS THAT THESE ARE NOT NATURAL DISASTERS, BUT THE WORK OF GOD! 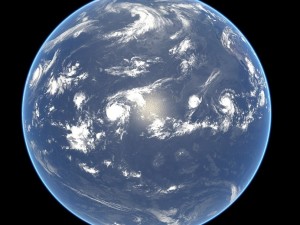 Hello, welcome! This informative, prophetic message of God was brought on by a messenger angel of God, the God of Abraham, Isaac and Jacob, to Benjamin Cousijnsen, end-time Prophet of the last days.

Shalom! I greet you in the wonderful name of Yeshua HaMashiach, Jesus Christ. Verily, verily, I tell you, I am a messenger angel of God, and my name is Scharzon.

Verily, did not Prophet Benjamin Cousijnsen say to you:
The floodgates will open and the tremendous rainfall will cover you? And that the messenger angel Thunder would strike, and that now many countries would have a very hard time? Verily, this was revealed to the world on August 1, 2014, in the message, entitled: ‘Yes, the whole world is now seriously warned!’

Japan was also warned.
And so Japan was again punished with a huge swirling rain mass of water, with more than 1,000 mm of water, whereby Thunder caused a hurricane!

Verily, was not China also just punished by Typhoon 3?
And are not the countries specifically which practice idolatry, those that are punished again and again?

Psalm 92, verses 6 and 7  A senseless man doesn’t know, neither does a fool understand this: Though the wicked spring up as the grass, and all the evil-doers flourish, they will be destroyed forever.

Verily, everything is called natural forces, though the God of Abraham clearly shows that this is no coincidence, nor natural disasters, but the work of God!

Matthew 7, verse 2  For with whatever judgment you judge, you will be judged; and with whatever measure you measure, it will be measured to you.

1 Corinthians 3, verses 18 to 21  Let no one deceive himself. If anyone thinks that he is wise among you in this world, let him become a fool, that he may become wise. For the wisdom of this world is foolishness with God. For it is written, “He has taken the wise in their craftiness.” And again, “The Lord knows the reasoning of the wise, that it is worthless.” Therefore let no one boast in men. For all things are yours.
1 Corinthians 2, verses 13 and 14  Which things also we speak, not in words which man’s wisdom teaches, but which the Holy Spirit teaches, comparing spiritual things with spiritual things. Now the natural man doesn’t receive the things of God’s Spirit, for they are foolishness to him, and he can’t know them, because they are spiritually discerned.

Verily, the destruction of Sodom and Gomorrah was also not a natural disaster.
God was then, but is also now the same! Verily, repent! Hear the voice that calls, of Benjamin Cousijnsen, God’s beloved, true end-time Prophet!

Exodus 23, verse 21  Pay attention to him, and listen to his voice. Don’t provoke him, for he will not pardon your disobedience, for my name is in him.

Exodus 20, verses 3 to 5  You shall have no other gods before me. You shall not make for yourselves an idol, nor any image of anything that is in the heavens above, or that is in the earth beneath, or that is in the water under the earth: you shall not bow yourself down to them, nor serve them, for I, the LORD your God, am a jealous God, visiting the iniquity of the fathers on the children, on the third and on the fourth generation of those who hate me.
Exodus 23, verses 24 to 26  You shall not bow down to their gods, nor serve them, nor follow their practices, but you shall utterly overthrow them and demolish their pillars. You shall serve the LORD your God, and he will bless your bread and your water, and I will take sickness away from your midst. No one will miscarry or be barren in your land. I will fulfill the number of your days.

Wisdom of Solomon 19, verse 13  But violent thunder gave warning of the punishment that was coming on those sinners. They suffered a well-deserved punishment for their great wickedness. No nation had ever hated strangers so bitterly.

Verily, it happens then here, then there!
When you love Yeshua HaMashiach, Jesus Christ, you shall keep His commandments. You have even brought horror over your country!

John 3, verse 13  No one has ascended into heaven, but he who descended out of heaven, the Son of Man, who is in heaven.
And verses 16 to 18  For God so loved the world, that he gave his only begotten Son, that whoever believes in him should not perish, but have eternal life. For God didn’t send his Son into the world to judge the world, but that the world should be saved through him. He who believes in him is not judged. He who doesn’t believe has been judged already, because he has not believed in the name of the only begotten Son of God.

Verily, make straight the way of the Lord!
Open your heart, confess your sins and choose this day for Him.
I’m going now, spoke the messenger angel of God, Ruacha, Yeshu, Shalom!