WHO WAS DRACULA REALLY? THIS REVELATION OF GOD WILL OPEN YOUR EYES AND GIVE YOU INSIGHT! HE WHO BELONGS TO JESUS CHRIST, IS PROTECTED. GARLIC BULBS WILL NOT HELP, BUT REPENTANCE TO JESUS CHRIST WILL! 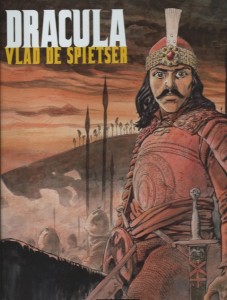 Hello, very welcome! On March 14th, 2014, a messenger angel of the almighty God, the God of Abraham, Isaac and Jacob, brought on this revealing message of God to Benjamin Cousijnsen, end-time Prophet of the last days.

Shalom! I greet you in the wonderful name of Yeshua HaMashiach, Isa, Jesus Christ. Verily, my name is Siloam and I am the messenger angel of God.

I come from the Holy of Holiest and reveal to you the full truth, which is hidden.
Verily, write down the following, Prophet Benjamin Cousijnsen:

Ephesians 6, verse 12  For our wrestling is not against flesh and blood, but against the principalities, against the powers, against the world’s rulers of the darkness of this age, and against the spiritual forces of wickedness in the heavenly places.

Verily, I speak to you about Vlad the Impaler, also called the prince of Wallachia, now Romania.
However, he lived in the 15th century. Also, his name and his works were feared. His name was Vlad III, prince Dracul, Dracula. Just like his father, he too wore a dragon as a symbol of the beast, the devil. The name Dracul was actually the name of both. But afterwards the father decided to call his Son Dracula, because of the drinking of blood. So he often drank the blood of his enemies, and impaled the heads, which he had cut off, on stilts. One says, “He was not a vampire”, though he was bloodthirsty, just like his father.

I reveal to you: sometimes one kidnapped someone who was a virgin.
And also Dracula took babies away and sacrificed the babies to the dragon, and ate also human flesh.

2 Corinthians 6, verse 14 to 16  Don’t be unequally yoked with unbelievers, for what fellowship have righteousness and iniquity? Or what communion has light with darkness? What agreement has Christ with Belial? Or what portion has a believer with an unbeliever? What agreement has a temple of God with idols? For you are a temple of the living God. Even as God said, “I will dwell in them, and walk in them; and I will be their God, and they will be my people”.

Verily, Dracula had entered into a covenant with the dragon.
His father taught him in this. And how could he become now só bloodthirsty?
Because his father Dracul was a fallen angel, who taught his son! They brought many sacrifices to the dragon, the devil, such as China, Korea and Japan today.

1 Corinthians 10, verse 19 to 22  What am I saying then? That a thing sacrificed to idols is anything, or that an idol is anything? But I say that the things which the Gentiles sacrifice, they sacrifice to demons, and not to God, and I don’t desire that you would have communion with demons. You can’t both drink the cup of the Lord and the cup of demons. You can’t both partake of the table of the Lord, and of the table of demons. Or do we provoke the Lord to jealousy? Are we stronger than he?

Verily, the total takeover is in full swing!

2 Kings 6, verse 26 to 29  As the king of Israel was passing by on the wall, there cried a woman to him, saying, Help, my lord, O king. He said, If the LORD doesn’t help you, whence shall I help you? out of the threshing floor, or out of the winepress? The king said to her, What ails you? She answered, This woman said to me, Give your son, that we may eat him today, and we will eat my son tomorrow. So we boiled my son, and ate him… so far, indicated the messenger angel of God.

In 1476, during a campaign against the Turks, Dracula Vlad Tepes, was slain by his own people.
And his head was brought to the sultan and his body buried. Verily,

2 Timothy 3, verse 1  But know this, that in the last days, perilous times will come.

John 8, verse 12  Again, therefore, Jesus spoke to them, saying, “I am the light of the world. He who follows me will not walk in the darkness, but will have the light of life.”
John 3, verse 16  For God so loved the world, that he gave his only begotten Son, that whosoever believes in him should not perish, but have everlasting life.