AUG 21, 2012  THE GOD OF ABRAHAM, ISAAC AND JACOB FOCUSES ON THE GOSSIPER AND EVIL SPEAKER; THEY WON’T BE ALLOWED IN GOD’S KINGDOM! FURTHER: GOD’S WORDS GO IN FULFILLMENT! 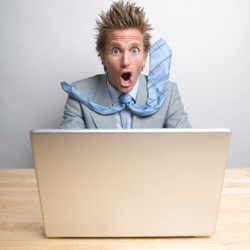 Hello! In the afternoon of August 21st, 2012, the messenger angel of God brought on this message to Benjamin Cousijnsen.

Shalom, Benjamin Cousijnsen! My name is Elasa. I greet you in the mighty name of Yeshua HaMashiach, Jesus Christ, the King of kings.

You there, I speak, and the God of Isaac, Jacob and Abraham speaks through me by the Scriptures to you, if you are listening.

Ezekiel 7, verse 2 and 3  You, son of man, thus says the Lord to the land of Israel, An end: the end is come on the four corners of the land. Now is the end on you.
Ezekiel 12, verse 26 to 28  Again the word of the Lord came to me, saying, Son of man, behold, they of the house of Israel say, The vision that he sees is for many day to come, and he prophesies of times that are far off. Therefore tell them, Thus says the Lord: There shall none of my words be deferred any more, but the word which I shall speak shall be performed, says the Lord.

1 Peter 5, verse 8 and 9  Be sober and Be watchful. Your adversary the devil, walks around like a roaring lion, seeking whom he may devour. Withstand him steadfast in your faith, knowing that your brothers who are in the world are undergoing the same sufferings.
2 Peter 1, verse 21  For no prophetic message ever came just from the human will, but people were under the control of the Holy Spirit as they spoke the message that came from God.

You there, I hear you say, “Why does God speak to me through the Scriptures?
I know about all this, I know God’s Words. Is this now a Prophet?”
Everything goes through your mind, and you gossip about this Prophet of God and you pass it on. Because you know it all better. One thing you don’t know! You try to fight against the God of Isaac, Jacob and Abraham. God will never let a slanderer, a gossiper, admitted into His Kingdom.

Benjamin has been appointed by God Himself!
God will never be able to bless you, because you’re jealous and cannot stand it all. Why him, and not me!? The reason also is, because you are not chosen. Such a Prophet God really does not want! I am a messenger angel of God, Elasa, and I can know it! If you really know it all from the Scriptures, as satan also knows the Scriptures, why don’t you listen to God’s commandments? Are these your fruits? I tell you, in Jesus Christ’s Name, don’t call yourself a Christian! Repent, before it is too late.

Matthew 10, verse 38  He who doesn’t take his cross and follow after me, isn’t worthy of me.

Prophet of God, Benjamin Cousijnsen, he who doesn’t want to hear, will perish.
If you say, ‘punish’, so it shall be, in the name of Jesus Christ, the God of Isaac, Jacob and Abraham.
Benjamin, you are His Prophet, whom he loves, and has appointed.

Psalm 51, verse 13  Then I will teach transgressors your ways. Sinners shall be converted to you.

Proverbs 6, verse 12 to 15  A good-for-nothing man is an evil-doer; he goes on his way causing trouble with false words; Making signs with his eyes, rubbing with his feet, and giving news with his fingers; His mind is ever designing evil: he lets loose violent acts. For this cause his downfall will be sudden; quickly he will be broken, and there will be no help for him.

Note: Full text display for the deaf, hearing impaired and speakers of other languages
Use Google Translate and Bookmark it
Dear people, spread these messages! Translators in different languages are welcome