A message from God: You will hear similarities with the practices of the horrors that took place in the days of Enoch, which ISIS also applies today. The Lord Yeshua HaMashiach, Jesus Christ of Nazareth, reveals the full truth to the world through Prophet Benjamin Cousijnsen, and brings hidden things to the light! 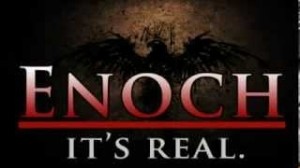 Hello, welcome! On August 12th, 2015, a messenger angel of God brought on the following message to end-time Prophet of the last days, Benjamin Cousijnsen.

Shalom! I greet you, who’re now listening, in the almighty Name of Yeshua HaMashiach, Jesus Christ.

Verily, ISIS is a terror movement with Islamic extremist fighters.
In their eyes, Christians are extremists and pagans and demons! Many Christians who were held hostage by them were starved and forced to kill their beloved under duress, and eat from it! This also happens with the children. Verily,

Enoch, Chapter 7, verse 1  And all… The messenger angel of God added: “ISIS fighters” took unto themselves wives, and each chose for himself one… The messenger angel of God added: “They forced Christians to be a whore“, and they began to go in unto them and to defile themselves with them, and they taught them charms and enchantments.
Chapter 7, verse 3  And they became pregnant… so far.

Verily, in many they produce offspring.
And whoever opposes, is killed by beheading, and eaten up! Verily, the total takeover of ISIS, the terror movement, shows that they have been taken over!

Read aloud: Revelation 20, verse 4 to ‘They lived’: I saw thrones, and they sat on them, and judgment was given to them. I saw the souls of those who had been beheaded for the testimony of Jesus, and for the word of God, and such as didn’t worship the beast nor his image, and didn’t receive the mark on their forehead and on their hand. They lived… so far.

Verily, the name of the antichrist Obama is in code: beast, lightning.
He tries to prevent that Yeshua HaMashiach, Jesus Christ, comes. Verily, the world has been warned! Whoever touches the apple of God’s eye, gets to deal with God himself! Prophet Benjamin Cousijnsen has foretold everything in God’s obedience.

Zechariah 12, verses 2 and 3  Behold, I will make Jerusalem a cup of trembling to all the surrounding peoples, and on Judah also will it be in the siege against Jerusalem. It will happen in that day, that I will make Jerusalem a burdensome stone for all the peoples. All who burden themselves with it will be severely wounded, and all the nations of the earth will be gathered together against it.