MAY 2, 2014  PROPHETIC REVELATION: THE ‘SET UP AGAINST EACH OTHER’ GAME OF OBAMA AND RUSSIA! 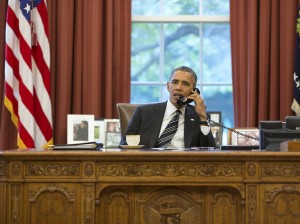 Hello, welcome! This prophetic revelation of God was delivered, word for word, by a messenger angel of God, and brought in the name of Yeshua HaMashiach, Isa, Jesus Christ, to Benjamin Cousijnsen, end-time Prophet of the last days.

Shalom! I greet you in the wonderful name of Yeshua HaMashiach, Isa, Jesus Christ. Verily, my name is Johanska and I am a messenger angel of God.

Verily, verily, I tell you, Europe:
The natural gas and oil prices from Russia will have a major impact!

1 John 2, verse 26  These things I have written to you concerning those who would lead you astray.

2 Peter 2, verse 19  Promising them liberty, while they themselves are bondservants of corruption; for by whom a man is overcome, by the same is he also brought into bondage.
2 Peter 2, verse 3  In covetousness they will exploit you with deceptive words: whose sentence now from of old doesn’t linger, and their destruction will not slumber.

Verily, Russia!
You are playing a game. Repent!

1 Timothy 6, verse 10  For the love of money is a root of all kinds of evil. Some have been led astray from the faith in their greed, and have pierced themselves through with many sorrows.

Verily, and Obama calls to Germany and to other countries, in order to turn those against Russia again, through the imposition of sanctions.

Verily, one also wants to move away from the banks.
Because it is considered safer, that everything will just go through the RFID-chip, the number of the beast 666!

Read aloud: Revelation 13, verses 16 to 18  He causes all, the small and the great, the rich and the poor, and the free and the slave, to be given marks on their right hands, or on their foreheads; and that no one would be able to buy or to sell, unless he has that mark, the name of the beast or the number of his name. Here is wisdom. He who has understanding, let him calculate the number of the beast, for it is the number of a man. His number is six hundred sixty-six.

Verily, the antichrist wants but one thing:
to set up the world against each other, and to take over man, until one will gather…

Read aloud: Isaiah 2, verses 3 and 4  Many peoples shall go and say, “Come, let’s go up to the mountain of the LORD, To the house of the God of Jacob; And he will teach us of his ways, And we will walk in his paths. For out of Zion the law shall go forth, And the word of the LORD from Jerusalem. He will judge between the nations, And will decide concerning many peoples; And they shall beat their swords into plowshares, And their spears into pruning-hooks. Nation shall not lift up sword against nation, Neither shall they learn war any more”.

Revelation 16, verse 14  For they are spirits of demons, performing signs; which go forth to the kings of the whole inhabited earth, to gather them together for the war of that great day of God, the Almighty.
And verse 16  He gathered them together into the place which is called in Hebrew, Megiddo.