THIS IS A MESSAGE FROM GOD HIMSELF. IN THIS MESSAGE THE LORD ADDRESSES HIMSELF ESPECIALLY TO THOSE, WHO ARE BUSY WITH SUPERNATURAL PRACTICES, SUCH AS FOR EXAMPLE SORCERY, AND ALSO THE FUTURE IS BEING FORETOLD TO THEM! 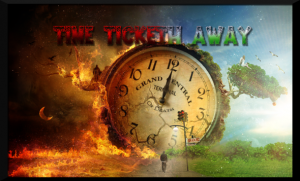 Hello, very welcome! On August 28th, 2014, the following message of God was brought on word for word by an angel of the Lord, commissioned by the God of Abraham, Isaac and Jacob, to end-time Prophet Benjamin Cousijnsen, God’s simple and true servant of the last days.

Verily, sorcerers and soothsayers, look once into your ball.
Today I will predict your future!

Exodus 7, verse 10 to 13  Moses and Aaron went in to Pharaoh, and they did so, as the LORD had commanded: and Aaron cast down his rod before Pharaoh and before his servants, and it became a serpent. Then Pharaoh also called for the wise men and the sorcerers. They also, the magicians of Egypt, did in like manner with their enchantments. For they cast down every man his rod, and they became serpents: but Aaron’s rod swallowed up their rods. Pharaoh’s heart was hardened, and he didn’t listen to them; as the LORD had spoken.

Verily, the rod was swallowed up!
And if you won’t repent, you will also be swallowed up. Verily,

Deuteronomy 11, verse 26  Behold, I set before you this day a blessing and a curse.

Leviticus 19, verse 26 and verse 31  You shall not eat any meat with the blood still in it; neither shall you use enchantments, nor practice sorcery.
Don’t turn to those who are mediums, nor to the wizards. Don’t seek them out, to be defiled by them. I am the LORD your God.

Verily, repent yourself, for I am predicting this to you: the full truth!
He who does these things will perish. Take a close look into your ball. Only this is the truth!

Revelation 20, verse 15  If anyone was not found written in the book of life, he was cast into the lake of fire.
Revelation 21, verse 8  But for the cowardly, unbelieving, sinners, abominable, murderers, sexually immoral, sorcerers, idolaters, and all liars, their part is in the lake that burns with fire and sulfur, which is the second death.

Verily, have remorse, or you will burn in the fire of hell!

1 John 5, verse 19 and 20  We know that we are of God, and the whole world lies in the power of the evil one. We know that the Son of God has come, and has given us an understanding, that we know him who is true, and we are in him who is true, in his Son Jesus Christ. This is the true God, and eternal life.
The messenger angel of God spoke further,

John 3, verse 16 to 21  For God so loved the world, that he gave his only begotten Son, that whoever believes in him should not perish, but have eternal life. For God didn’t send his Son into the world to judge the world, but that the world should be saved through him. He who believes in him is not judged. He who doesn’t believe has been judged already, because he has not believed in the name of the only begotten Son of God. This is the judgment, that the light has come into the world, and men loved the darkness rather than the light; for their works were evil. For everyone who does evil hates the light, and doesn’t come to the light, lest his works would be exposed. But he who does the truth comes to the light, that his works may be revealed, that they have been done in God.
The messenger angel of God spoke further,

Repent and allow yourself to be delivered in a full evangelical church or pentecostal church.
Stop this day with your practice before you are going to burn!