This message of God was delivered word for word to Prophet Benjamin Cousijnsen, God’s simple, true servant, by a messenger angel of God, commissioned by the Lord Jesus Christ, Yeshua HaMashiach. With great wisdom, the angel of the Lord appoints, short and to the point, many fast alarming birth pains, many end-time events, which we are in now. Everything is increasing, and the Christians call: “Where is the Rapture?” 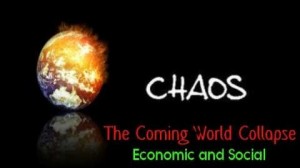 Hello, welcome! On January 29th, 2015, a messenger angel of God brought on the following message of God to end-time Prophet Benjamin Cousijnsen, on behalf of the almighty God, the God of Abraham, Isaac and Jacob.

Genesis 6, verses 11 and 12  The earth was corrupt before God, and the earth was filled with violence. God saw the earth, and saw that it was corrupt, for all flesh had corrupted their way on the earth.

Verily, my name is Senita and I am a messenger angel of God.

Verily, from the beginning until now, man has learned little from history.
Think of the commemoration of the liberation of the Auschwitz extermination camp, where the Nazis murdered more than 2 million people, mainly the Jews; 90 percent were Jewish. Verily, now that one says: “Let us go commemorate the liberation”, one should open one’s eyes once, by seeing if one has learned something now!

Every year, more than 100,000 people perish through suicide in the Netherlands alone.
Verily,

1 Peter 5, verse 8  Be sober and self-controlled. Be watchful. Your adversary the devil, walks around like a roaring lion, seeking whom he may devour.

Worldwide there are FEMA camps, where they have now already imprisoned some people, because of their religious beliefs!
The FEMA camps are equipped with everything and go much further with their destruction methods than the Auschwitz extermination camp. Worldwide, Christians are persecuted in a horrible way and murdered. They are even forced to renounce Yeshua HaMashiach, Jesus Christ! Many have been beheaded and raped and burned, and even eaten! Also, the important and usable parts from Christians are removed alive, – for sale, in order to save others. There are hospitals that know about this. There are also many Christians in the Netherlands without work, because of their religious beliefs. Also, Israel is always hated by many!

Verily, everything is increasing, and the Christians call: “Where is the Rapture?”
And the fallen angels provide chaos, a hell on Earth! Verily, unexpectedly God will strike, and He will bring His children home, before the worst hits.

Verily, Hollywood already shows you many Rapture movies, in order to brainwash you,
so that you’ll believe what you saw in the movies, that the Rapture was carried out by the fallen angels, in order to take people away. Satan is now already trying to enchant many with lies! Those who have accepted Yeshua HaMashiach, Jesus Christ, will go to Him.

Revelation 14, verse 12  Here is the patience of the saints, those who keep the commandments of God, and the faith of Jesus.

2 Peter 3, verse 9  The Lord is not slow concerning his promise, as some count slowness; but is patient with us, not wishing that any should perish, but that all should come to repentance.
And verse 11  Therefore since all these things will be destroyed like this, what kind of people ought you to be in holy living and godliness.