REVELATIONS OF GOD, INCLUDING: OBAMA IS ABLE TO ACTIVATE THE CHIP BY SATELLITE… YOUR STORAGE WITHIN WILL DIE, SO YOUR SOUL CAN BE TAKEN OVER IMMEDIATELY OR GRADUALLY! FURTHERMORE, ASSAD ‘WASHES HIMSELF CLEAN’! 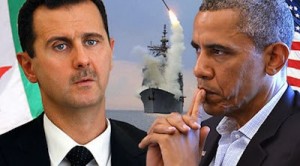 Hello, welcome! On October 8th, 2013, the messenger angel of God brought on the following message of the almighty God, the God of Abraham, Isaac and Jacob, to Prophet Benjamin Cousijnsen.

Shalom! I greet you in the wonderful name of Yeshua HaMashiach, Isa, Jesus Christ. Verily, verily, I tell you, I am the messenger angel of God and my name is Bearetanja.

Read aloud: John 18, verses 39 and 40  Here it is written: But you have a custom, that I should release someone to you at the Passover. Therefore do you want me to release to you the King of the Jews?” Then they all shouted again, saying, “Not this man, but Barabbas!” Now Barabbas was a robber.
The messenger angel of God spoke further,

Barabbas was a murderer, a very violent man and a traitor of people, just like Judas Iscariot.
Both this one and the other were taken over.

Read aloud: Ephesians 6, verse 12  Here it is written: For our wrestling is not against flesh and blood, but against the principalities, against the powers, against the world’s rulers of the darkness of this age, and against the spiritual forces of wickedness in the heavenly places.
The messenger angel of God spoke further,

Verily, they had ended many lives from large to small with sarin, that the government had used itself.
Before Assad gave his command, in order to transfer the chemical weapons in obedience, he had the papers falsified for the U.S., so that he could still move another big part of the chemical weapons outside Syria. Verily, the international supervision is very satisfied with Assad’s cooperation and the documents!

Verily, like Barabbas was released, so he, Barabbas, was crucified anyway because of a murder.
Verily, despite that Assad has killed many, and ‘washes himself clean’ like a wolf in sheep’s clothing, Assad wants to run for president again for his Syrian people, as an innocent sheep!

Read aloud: John 19, verses 10 and 11  Here it is written: Pilate therefore said to him, “Aren’t you speaking to me? Don’t you know that I have power to release you, and have power to crucify you?” Jesus answered, “You would have no power at all against me, unless it were given to you from above. Therefore he who delivered me to you has greater sin.”
And verses 15 and 16  They cried out, “Away with him! Away with him! Crucify him!” Pilate said to them, “Shall I crucify your King?” The chief priests answered, “We have no king but Caesar!” So then he delivered him to them to be crucified. So they took Jesus and led him away.
The messenger angel of God spoke further,

Verily, from God’s Elohím ship above Israel, many angels of God have been sent forth, because one wants to change and stop the works of God.
It is a fight against the fallen angels with their authorities and powers, and also against the antichrist and the pope, who will have himself declared a saint! Verily, the fallen angels, who like to have themselves called the ‘visitors from space’, have frequent contact with them. Verily, I reveal to you further,

The moment Obama decides to give by satellite a shock to the chip,
which he wants to put in under your skin, your storage within will die, and you will immediately or gradually be taken over. But your soul appears in hell!

Read aloud: Revelation 13, verses 7 and 8  Here it is written: It was given to him to make war with the saints, and to overcome them. Authority over every tribe, people, language, and nation was given to him. All who dwell on the earth will worship him, everyone whose name has not been written from the foundation of the world in the book of life of the Lamb who has been killed.
And verses 16 to 18  He causes all, the small and the great, the rich and the poor, and the free and the slave, to be given marks on their right hands, or on their foreheads; and that no one would be able to buy or to sell, unless he has that mark, the name of the beast or the number of his name. Here is wisdom. He who has understanding, let him calculate the number of the beast, for it is the number of a man. His number is six hundred sixty-six.
The messenger angel of God spoke further,

Verily, but you, who did accept Yeshua HaMashiach, Isa, Jesus Christ, must still continue to bear in mind to refuse the chip!
Because, if you allow this, then you have irreversibly become the property of satan forever, and you will be totally controlled by him! Keep in mind:

Revelation 16, verse 2  Here it is written: The first went, and poured out his bowl into the earth, and it became a harmful and evil sore on the people who had the mark of the beast, and who worshiped his image.
The messenger angel of God spoke further,

Verily, it will change you forever if you say once “yes” to the chip!

Read aloud: John 3, verses 16 and 17  Here it is written: For God so loved the world, that he gave his only begotten Son, that whoever believes in him should not perish, but have eternal life. For God didn’t send his Son into the world to judge the world, but that the world should be saved through him.
I’m going now, spoke the messenger angel of God, Ruacha, Yeshu, Shalom!