Prophetic and revealing message of God: The almighty God of Abraham, Isaac and Jacob reveals to His Prophet, Benjamin Cousijnsen, the full truth regarding Obama’s motives and consultation with Syrian President Bashar al-Assad! Satan is a liar and the father of lies. Even the media must broadcast his lies! 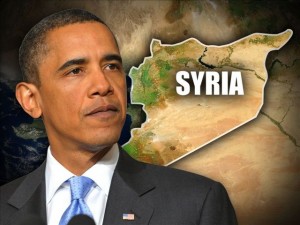 Hello, welcome! On June 10th, 2015, an angel of the Lord, a messenger angel of God, brought on the following prophetic, informative and revealing message of God to end-time Prophet Benjamin Cousijnsen.

Shalom, Prophet Benjamin Cousijnsen!
“Also Shalom!” Benjamin answered.
The angel of God said: You are awake.
“Yes, I think so”, said Benjamin.
Verily, I am Moniali and I am a messenger angel of God. I come in the name of the Most High, Yeshua HaMashiach, Jesus Christ!

I will show you a glimpse ahead…
The angel of God made a sweep, and I saw the following: I saw Barack Obama. Furthermore, I saw American militaries. Obama gave a speech, in order to tackle the extremists in Syria. Verily, one of the militaries asked: “Are you a Muslim?”
“No, otherwise I would not be fighting Islam!” Obama replied with a smile.

John 8, verse 44 to 47  You are of your father, the devil, and you want to do the desires of your father. He was a murderer from the beginning, and doesn’t stand in the truth, because there is no truth in him. When he speaks a lie, he speaks on his own; for he is a liar, and its father. But because I tell the truth, you don’t believe me. Which of you convicts me of sin? If I tell the truth, why do you not believe me? He who is of God hears the words of God. For this cause you don’t hear, because you are not of God.

Verily, satan is a liar and the father of lies.
Even the media must broadcast his lies! Verily, the antichrist Obama fully supports Islam and that’s the truth. Also listen to the message, entitled: ‘The almighty God YHWH alerts you, Israel!’
I further saw American planes carrying out airstrikes nearby Syria, and I also saw that American planes were shooting missiles, and that an American aircraft crashed. On the ground, I saw fights, and they set the American flag on fire.

I also saw Obama making a phone call with the Syrian President Bashar al-Assad, and he said:
“What I consider more important is to exterminate the Christians, and to carry out airstrikes on the Islamic State and Iraq!”

Note: Full text display for the deaf, hearing impaired and speakers of other languages Use Google Translate and Bookmark it.
Dear people, spread these messages! Translators in different languages are welcome