DEC 26, 2012  THE MESSENGER ANGEL PASSES ON THIS DISCLOSURE ON BEHALF OF THE LORD GOD: THE SUN AND MOON PYRAMIDS, TEOTIHUACAN, IN MEXICO WERE MADE BY THE FALLEN ANGELS: TRUE SACRIFICE SPOTS OF FALLEN ANGELS! 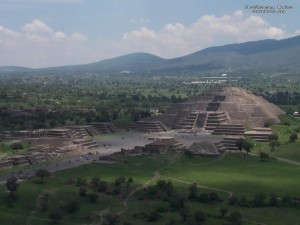 Hello! On December 26th, 2012, the messenger angel of God brought on this message to Benjamin Cousijnsen.

Shalom, Prophet Benjamin Cousijnsen! I greet you in the name of Yeshua HaMashiach, Jesus Christ. My name is Redamio.

Verily, verily, I tell you this as a messenger angel of God, what is imparted to me when I speak,

Genesis 6, verse 1 and 2  Listen carefully! It happened, when men began to multiply on the surface of the ground, and daughters were born to them, that God’s sons saw that men’s daughters were beautiful, and they took for themselves wives of all that they chose.

Benjamin, Teotihuacan is located in Mexico, the Pyramid of the Sun and the Pyramid the Moon.
The street is called the Street of the Dead.

Genesis 6, verse 4  There were giants in the earth in those days; “the fallen angels who were cast out of heaven along with Lucifer”, and also after that, when the sons of God, “as they called themselves“, came in unto the daughters of men, and they bare children to them, the same became mighty men which were of old, “fallen angels“, men of renown; “they were very wise.”

The pyramids were made; these structures, which could be 44 meters high, were made by them!
Also, public rituals and sacrificial ceremonies took place there. Archeologists found traces of devilish massacres, heads chopped off and other massacres.
In the Moon Pyramid one was also buried alive and tied, as one was disobedient to the ‘sons of god’, as the fallen angels called themselves.
They placed rattlesnakes with the buried people; also some were buried in a cage.
Among the oblations were weapons, made of Obsidian.
One of the fallen angels made a little statue of solid Diorite, which one also had to worship.
Also wolves and cougars and other heads were often buried, and they ate the meat.

Revelation 20, verse 8  And he will come out to deceive the nations which are in the four corners of the earth, “think of the pyramid“, Gog and Magog, to gather them together to war; the number of whom is as the sand of the sea.
Revelation 20, verse 9  They went up over the breadth of the earth, and surrounded the camp of the saints, and the beloved city. Fire came down out of heaven from God, and devoured them.

Ezekiel 7, verse 9  My eye shall not spare, neither will I have pity: I will bring on you according to your ways; and your abominations shall be in the midst of you; and you shall know that I, the LORD, do strike.

Verily, I tell you, Yeshua HaMashiach, Jesus Christ, is your only Way and the only Truth and the Life.
He is the Son of God!