VERILY, I AM MICHAËL AND TELL YOU ABOUT CHRISTY! READ, OR LISTEN TO WHAT CHRISTY WANTED TO GIVE, IN ORDER TO BE A SUPERMODEL! A MESSAGE OF GOD FOR PEOPLE WHO THINK, THAT THE WORLD HAS MORE TO OFFER! 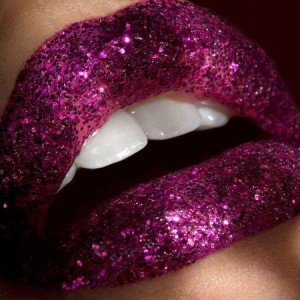 Hello, welcome! On April 13th, 2013, the messenger angel of God brought on the following message to Benjamin Cousijnsen.

Shalom, Prophet Benjamin Cousijnsen! I greet you in the name of Yeshua HaMashiach, Jesus Christ.

Verily, verily, I tell you, Christy had everything.
She was a supermodel and earned a great deal of money, by selling herself to the major fashion and beauty houses.

Genesis 1, verse 27  And God created man in his own image. In God’s image he created him; male and female he created them.
Genesis 2, verse 7  The LORD God formed man from the dust of the ground, and breathed into his nostrils the breath of life; and man became a living soul.

Verily, I am Michaël and tell you about Christy…
She only had dates with rich pop stars and movie stars, and thought that God’s true love was to be found there.

Read aloud: Genesis 2, verse 8  Here it is written: The LORD God planted a garden eastward, in Eden, and there he put the man whom he had formed.
The messenger angel of God spoke further,

Three times a week Christy goes to the gym.

Read aloud: Romans 1, verse 21 to 22 and verse 24  Here it is written: Because, knowing God, they didn’t glorify him as God, neither gave thanks, but became vain in their reasoning, and their senseless heart was darkened. Professing themselves to be wise, they became fools.
And verse 24  Therefore God also gave them up in the lusts of their hearts to uncleanness, that their bodies should be dishonored among themselves.
The messenger angel of God spoke further,

Each time Christy didn’t want to know anything of Yeshua HaMashiach, Jesus Christ.

Read aloud: 1 Corinthians 13, verse 4 to 6, and Revelation 13, verse 16
1 Corinthians 13, verse 4 to 6  Here it is written: Love is patient and is kind; love doesn’t envy. Love doesn’t brag, is not proud, doesn’t behave itself inappropriately, doesn’t seek its own way, is not provoked, takes no account of evil; doesn’t rejoice in unrighteousness, but rejoices with the truth.
Revelation 13, verse 16  Here it is written: He causes all, the small and the great, the rich and the poor, and the free and the slave, to be given marks on their right hands, or on their foreheads.
The messenger angel of God spoke further,

Yeshua HaMashiach, Jesus Christ, had called her so often!

Read aloud: Proverbs 14, verse 18 to 20  Here it is written: The simple inherit folly, But the prudent are crowned with knowledge. The evil bow down before the good, And the wicked at the gates of the righteous. The poor person is shunned even by his own neighbor, But the rich person has many friends.
The messenger angel of God spoke further,

Christy had a hidden secret.
In exchange for her fame as a supermodel, she sold her soul!

Read aloud: Matthew 4, verse 8 to 9, and Matthew 19, verse 23 to 26
Matthew 4, verse 8 to 9  Here it is written: Again, the devil took him to an exceedingly high mountain, and showed him all the kingdoms of the world, and their glory. He said to him, “I will give you all of these things, if you will fall down and worship me.”
Matthew 19, verse 23 to 26  Here it is written: Jesus said to his disciples, “Most assuredly I say to you, a rich man will enter into the Kingdom of Heaven with difficulty. Again I tell you, it is easier for a camel to go through a needle’s eye, than for a rich man to enter into the Kingdom of God.”  When the disciples heard it, they were exceedingly astonished, saying, “Who then can be saved?” Looking at them, Jesus said, “With men this is impossible, but with God all things are possible.”
The messenger angel of God spoke further,

Verily, you there, do not sell your soul and take no mark, otherwise you are truly lost!
Do not make a covenant with satan!

Read aloud: Matthew 6, verse 21 and verse 19, Proverbs 27, verse 24
Matthew 6, verse 21  Here it is written: For where your treasure is, there your heart will be also.
And verse 19  Don’t lay up treasures for yourselves on the earth, where moth and rust consume, and where thieves break through and steal.
Proverbs 27, verse 24  Here it is written: For riches are not forever, Nor does even the crown endure to all generations.
The messenger angel of God spoke further,

Read aloud: John 3, verse 16 and 17  Here it is written: For God so loved the world, that he gave his only begotten Son, that whosoever believes in him should not perish, but have everlasting life. For God sent not his Son into the world to condemn the world; but that the world through him might be saved.
The messenger angel of God spoke further,

For Christy, there is no hope anymore, because she would not listen, because the world had more to offer.
I’m going now, Ruacha, Yeshu, Shalom! spoke the messenger angel of God, and disappeared.