THE MESSENGER ANGEL, THUNDER, BROUGHT ON THIS MESSAGE OF GOD! PEOPLE WILL SOON SEE PRECISELY THESE WRITINGS GOING INTO FULLFILMENT! EXPECT JESUS CHRIST, YOUR SAVIOR, IN THIS TIME… STAND READY! 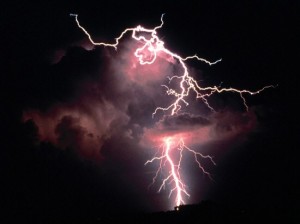 Shalom! Verily, verily, I tell you, I greet you in the almighty name of Yeshua HaMashiach, Jesus Christ. My name is Thunder.

Exodus 20, verse 18  All the people perceived the thunderings, the lightnings, the sound of the trumpet, and the mountain smoking. When the people saw it, they trembled, and stayed at a distance.

Psalm 77, verse 16 to 18  The waters saw you, O God. The waters saw you, and they writhed. The depths also convulsed. The clouds poured out water. The skies resounded with thunder. Your arrows also flashed around. The voice of your thunder was in the whirlwind. The lightnings lit up the world. The earth trembled and shook.

Matthew 28, verse 2 and 3  Behold, there was a great earthquake, for an angel of the Lord descended from the sky, and came and rolled away the stone.

1 Samuel 2, verse 6  The LORD kills, and makes alive: He brings down to Sheol, and brings up.

Matthew 22, verse 32 and 33  “God is not the God of the dead, but of the living.” When the multitudes heard this, they were astonished at his teaching.
Matthew 27, verse 45 and verse 52 and 53  Now from the sixth hour there was darkness over all the land until the ninth hour.
And the tombs were opened, and many bodies of the saints who had fallen asleep were raised; and coming out of the tombs after his resurrection, they entered into the holy city and appeared to many.

Revelation 20, verse 6  Blessed and holy is he who has part in the first resurrection. Over these, the second death has no power, but they will be priests of God and of Christ, and will reign with him one thousand years.

Matthew 24, verse 27  For as the lightning comes forth from the east, and shines even unto the west, so will be the coming of the Son of Man.