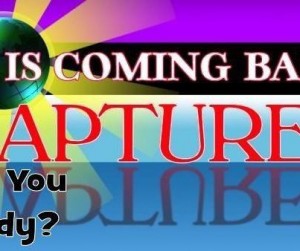 Hello! On September 11th, 2012, the messenger angel of God brought this message to Benjamin Cousijnsen.

Shalom! My name is Ruacha, Prophet of God, I greet you in the Name above all names, the God of Isaac, Jacob and Abraham, Yeshua HaMashiach, the Christ.

Benjamin Cousijnsen, you preached, “Repent, for the Kingdom of Heaven is at hand!”
I’m only talking about you, Benjamin. You are truly the voice that calls and speaks: ‘Prepare the way and make your paths straight!’ You speak, what we messenger angels of God speak to you, in the name of Yeshua HaMashiach, the Christ. In His name we are sent forth to you. And many condemn you, because they think you speak with fallen angels.

We, angels of God, bring God’s messages to you, and refer you to Yeshua HaMashiach, Jesus Christ.
An evil spirit will never do this!

When the Lord comes now, should He find His Church, His Bride, pure and spotless and blameless then?
Is your heart truly burning with desire for His Coming? I, the messenger angel of God, know that many will beat their breast, as the Bride comes. I say to you who’re listening, God’s angels have never given a study, if one had to speak and pass on. Everything is directly! And when God speaks, as the Scriptures, He affirms you double! We are sent out with a mission. We want to warn you, and have warned your world. Listen to what the Spirit of God speaks even now, as in the Scriptures. Listen!

Revelation 19, verse 6 to 10  I heard something like the voice of a great multitude, and like the voice of many waters, and like the voice of mighty thunders, saying, “Hallelujah! For the Lord our God, the Almighty, reigns! Let us rejoice and be exceedingly glad, and let us give the glory to him. For the marriage of the Lamb has come, and his wife has made herself ready.” It was given to her that she would array herself in bright, pure, fine linen: for the fine linen is the righteous acts of the saints. He said to me, “Write, ‘Blessed are those who are invited to the marriage supper of the Lamb.’” He said to me, “These are true words of God.”

Whether you believe it or not, God has revealed the Day to His Son, Yeshua HaMashiach, the Christ!
On hearing, there was exalting, that even could be heard on Earth, but they didn’t know what it was.

The kingdom of darkness has spread to Earth…
Many are influenced by the fallen angels among you, and have even been taken over.

The time is very near!
He who does not want to hear, will perish. Many churches are affected and the churches become emptier.
I tell you, do not hesitate! But start to realize now, that you’re required now to have to make a radical choice. Because if you won’t do that, you’ll perish! If you have not yet accepted Jesus Christ, I tell you, make a radical choice NOW! Choose to not get lost! Be unblemished and put away your sins. Get yourself ready. Hear the voice of Benjamin Cousijnsen: Make your paths straight in the name of Yeshua HaMashiach, Jesus Christ!
Lay hands upon yourself, and bless yourself. Let the Lord work through your hands, every day again, and pray for one another.

Benjamin, the Earth will increasingly witness God’s power because of disobedience.
One will remember the plagues of the times of Moses, but also many other unknown plagues. Many have already been revealed, by you.
Woe to the world, how deep have you already been sunken! Is it so difficult now, for you to surrender?

Whoever is in Christ, will soon shout, because the end has come!
He who does not want to hear your message, that God gave you, because one rejects you, will perish!
Ruacha, Yeshu, Shalom! said the messenger angel of God, and disappeared.