SEE THE DARKNESS AND DIMNESS, AND WHAT’S COMING! AGAIN THE ANTICHRIST GAINS POWER WITH HIS OBAMACARE, BECAUSE HE KNOWS: HIS TIME IS SHORT. BE STRONG AND REMEMBER THAT GOD CAN SHORTEN THE TIME JUST LIKE THAT! 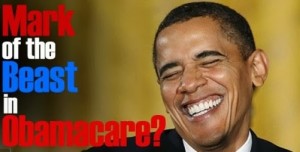 Hello, welcome! On December 4th, 2013, a messenger angel of the almighty God brought on the following prophetic warning message of God to end-time Prophet Benjamin Cousijnsen.

Shalom! I greet you in the wonderful name of Yeshua HaMashiach, Isa, Jesus Christ. Verily, I am the messenger angel of God and my name is Rafaël.

Verily, again I will remind you that, in Hebrew, ‘lightning’ stands for ‘satan’ Barack Obama.

Luke 10, verse 18  He said to them, “I saw satan having fallen like lightning from heaven”.

Obama was often asked to show his passport.
They even offered him $5 million for a charitable institution. However, still all the papers of the antichrist have been faked up!

John 8, verse 43 and 44  Why don’t you understand my speech? Because you can’t hear my word. You are of your father, the devil, and you want to do the desires of your father. He was a murderer from the beginning, and doesn’t stand in the truth, because there is no truth in him. When he speaks a lie, he speaks on his own; for he is a liar, and the father of it.

Verily, Obama, the antichrist, also hates Quran burnings.
Why? Because he has a Quran too!

Also, Obama has transported many gallows to FEMA camps, and even attended the torture of Christians in China.
Verily, again the antichrist gains power with his Obamacare, because he knows: time is short!

Verily!
The technological fallen angels are working together with the antichrist, and are in the process to persuade the media, via radio and TV and YouTube and other computer services, in order not to broadcast church services, but to block them. Only if one turns to one religion from all directions together, one will still be welcome. And one must have accepted the RFID-chip! Verily, even though satan walks around like a roaring lion, don’t be afraid, but be faithful unto death. Be strong and remember that God can shorten the time just like that!

See the darkness and dimness, and what’s coming!
Many government leaders and churches will stand behind Obama’s plans and swear already allegiance.