AUGUST 5, 2012  GOD HAS A SPECIAL MESSAGE, A REVELATION OF WHICH THE ONES LEFT BEHIND, WILL SOON BE AWARE OF! 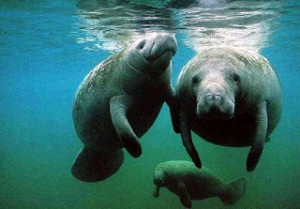 Hello! In the afternoon on August 5th, 2012, the messenger angel of God brought on this message to Benjamin Cousijnsen.

Shalom! In the name of Yeshua HaMashiach I come to you, and my name is Andronicus.

Colossians 1, verses 16 to 18  For in Him were all things created, in the heavens and upon the earth, things visible and things invisible, whether thrones or dominions or principalities or powers; all things have been created through Him, and unto Him; and He is before all things, and in him all things consist.

Benjamin, in the Middle Ages they spoke a lot about mermaids and the merman.
This merman was supposed to be able to call on storms. Many ships were already wrecked.

Psalm 148, verse 7  Praise the Lord on earth, you great sea creatures and all water depths.

The church invented stories, and warned the sailors and the people in their village of the evil and temptation.
One day some sailors came ashore. They were busy loading and unloading. Then they went to the village to have a drink together, and then they went back to the harbor, and left.

Job 36, verses 27 to 32  For He draws up the drops of water, which distill in rain from his vapor, which the skies pour down and drop on man abundantly. Yes, can any understand the spreading of the clouds, and the thunderings of his pavilion? Behold, He spreads his light around him. He covers the bottom of the sea. For by these He judges the people. He gives food in abundance. He covers his hands with the lightning, and commands it to strike the mark.

The sailors saw a mermaid, there against the rocks!
They wanted to see her better, and the sailors said all kinds of foul words. Because they were drunk, they thought it was a mermaid.

There they saw it…
It was a mammal of tropical waters. Manatees have a tapered shape, and the females have female body shapes.

Psalm 69, verse 35  Let heaven and earth praise Him; the seas, and everything that moves therein.

It was thought also, that the god Ea was the god of the freshwater, and other gods.
It was even believed that it was the savior of man. Only Jesus Christ is your Savior! No other god is the true God, than the God of Isaac, Jacob and Abraham.

One often heard a soft singing over the waters.
One saw, hidden in the caves near the Tyrrhenian Sea, a half woman-half bird. Thus there were also sea monsters and certainly other unknown beings too. The ufologists have found members of the alien race Nommos of Syria, with the appearance of a merman.

Genesis 1, verse 22  And God blessed them, saying, Be fruitful, and multiply, and fill the waters in the seas… so far, Benjamin.

And on the big day this will also happen…

Even if someone, just like Columbus, has seen a mermaid or other creatures…

Luke 1, verse 37  For no word that comes from God, will be powerless.

John 3, verse 16  For God so loved the world that He gave His only begotten Son, that whosoever believes in Him should not perish, but have everlasting life.

All things were through Him, the God of Isaac, Jacob and Abraham, created.
And God saw that it was good. As one can make, among others, human copies from DNA and cells, thus satan has many fallen angels, and also unknown creatures, copies of beings, who also have made other forms! God will reveal many animal species and hidden sea monsters and unknown alien races, and expose them. Don’t forget, these are demons ‘in another jacket’! Satan is playing god! The total takeover is not only happening to humankind, but also in the waters!

Keep your eyes on Jesus Christ and do not fear, those who are in Him!
You are protected, but you must still cover yourself with His precious Blood.
Shalom! said the messenger angel of God.