In this revealing and informative message of God you can read and hear, among other things, how Barack Obama is accelerating the acceptance of the RFID microchip in humans, and you’ll hear about the evidence showing that Barack Obama is the antichrist, satan, and the meaning of the name Barack Obama is analyzed and translated from the Scriptures in the Bible! 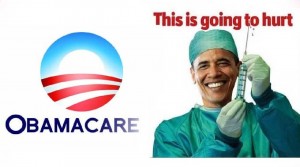 Hello, very welcome! On May 19th, 2016, God’s messenger angel brought on, word for word, the following message of God to end-time Prophet of the last days, Benjamin Cousijnsen.

Shalom! I greet you in the wonderful name of Yeshua HaMashiach, YHWH, Jesus Christ. Verily, my name is Rafaëla and I am a messenger angel of God. Verily, kadosh, holy are you, El Elohím, Adonai, King of kings!

Verily, the antichrist Obama opened his mouth…
and all kinds of mosquitoes and viruses spread to entice that way, that one will have oneself vaccinated faster, in order to accept the RFID chip! Many babies and many American citizens have already been implanted with the RFID microchip, because it is part of the US law.

Verily!
If they would provide proof, such as the name Barack, which means lightning in both Greek and Hebrew, then the eyes would be opened. The beast also stands for satan, and that’s how you end up with Barack Obama, which means in Hebrew: lightning, fallen star.

Verily, also, Obamacare, and many studies, are pointing really hard to the antichrist!
Verily, you can find more about the antichrist in the Evangelical Endtimemachine.

John 3, verse 16 to 21  For God so loved the world, that he gave his one and only Son, that whoever believes in him should not perish, but have eternal life. For God didn’t send his Son into the world to judge the world, but that the world should be saved through him.