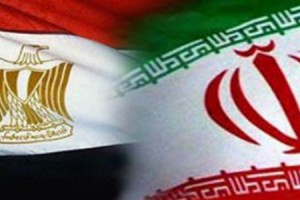 Hello, welcome! On August 16th, 2013, the angel of the Lord brought on this prophetic warning of the almighty God, the God of Abraham, Isaac and Jacob, word for word, to end-time Prophet Benjamin Cousijnsen.

Shalom! I greet you in the name of Yeshua HaMashiach, Jesus Christ, also called Isa.

Verily, verily, I tell you, Iran, Hear!
On April 17, 2013 and on July 22, 2013, the almighty God of Abraham, Isaac and Jacob has spoken about Iran with His Prophet Benjamin Cousijnsen.
Verily, I am the messenger angel of God, and my name is Jobidaja. Verily, No one comes to the Father, except through Me, Yeshua HaMashiach, Isa, Jesus Christ, Adonai, El Elohím, Jehovah, Emanuel.

Ezekiel 7, verse 5  Thus says the Lord GOD: An evil, an only evil; behold, it comes.
Ezekiel 7, verse 11  Read this aloud. Here it is written: Violence is risen up into a rod of wickedness; none of them shall remain, nor of their multitude, nor of their wealth: neither shall there be eminency among them.

Wisdom of Solomon 17, verse 3 to 6  Here it is written: They thought that their sins had been secret and unnoticed, shielded from view by a dark curtain of forgetfulness, but now they were horribly afraid, confused, and terrified by ghostly forms. Not even the dark corners where they lay could protect them from fear. They were surrounded by horrible noises; grim ghosts with gloomy faces appeared before their eyes. No fire had power to give them light, and the brilliant stars could do nothing to relieve that deathly darkness. There was only a dreadful fire, lit by no human hand, that shone on them, and in their terror they believed that the real world was even worse than the things they imagined.

Ezekiel 7, verse 4  Here it is written: My eye shall not spare you, neither will I have pity; but I will bring your ways on you, and your abominations shall be in the midst of you: and you shall know that I am the LORD.

Isaiah 1, verse 5  Here it is written: Why should you be beaten more, That you revolt more and more? The whole head is sick, And the whole heart faint.
And verse 15 and 16  When you spread forth your hands, I will hide my eyes from you; Yes, when you make many prayers, I will not hear. Your hands are full of blood. Wash yourselves, make yourself clean. Put away the evil of your doings from before my eyes; Cease to do evil.
The messenger angel of God spoke further,

Verily, Egypt! Cairo shall be Cairo never again!
Verily, this message is also for you; ye Egyptian Muslims are using violence against the Christians!

Read aloud: Acts 7, verse 55 to 60  Here it is written: But he, being full of the Holy Spirit, looked up steadfastly into heaven, and saw the glory of God, and Jesus standing on the right hand of God, and said, “Behold, I see the heavens opened, and the Son of Man standing at the right hand of God!” But they cried out with a loud voice, and stopped their ears, and rushed at him with one accord. They threw him out of the city, and stoned him. The witnesses placed their garments at the feet of a young man named Saul. They stoned Stephen as he called out, saying, “Lord Jesus, receive my Spirit!” He kneeled down, and cried with a loud voice, “Lord, don’t hold this sin against them!” When he had said this, he fell asleep.

Sirach 27, verse 25 to 30  Here it is written: Throw a stone straight up in the air and it will come down on your head. Strike a blow, and you yourself will be wounded. People who set traps fall into them themselves. People who hurt others will be hurt by their own actions and will have no idea why. Arrogant people insult others and make fun of them, but someone is waiting like a lion for a chance to take revenge on them. Those who are happy to witness the downfall of devout people are going to fall into a trap and die a painful death. Anger and a hot temper are horrible things, but sinners have both.
Sirach 28, verse 2 to 5  Here it is written: But if you forgive someone who has wronged you, your sins will be forgiven when you pray. You cannot expect the Lord to pardon you while you are holding a grudge against someone else. You yourself are a sinner, and if you won’t forgive another person, you have no right to pray that the Lord will forgive your sins. If you cannot get rid of your anger, you have no hope of forgiveness — you are only a human being.

Acts 8, verse 32 to 33  Here it is written: Now the passage of the Scripture which he was reading was this, “He was led as a sheep to the slaughter. As a lamb before his shearer is silent, So he doesn’t open his mouth. In his humiliation, his judgment was taken away. Who will declare His generation? For his life is taken from the earth.”
The messenger angel of God spoke further,

Also listen to the message: ‘Love your neighbor as yourself and God above all!’

Read aloud: John 8, verse 12  Here it is written: Again, therefore, Jesus spoke to them, saying, I am the light of the world. He who follows me will not walk in the darkness, but will have the light of life.
John 3, verse 16 to 21  Here it is written: For God so loved the world, that he gave his only begotten Son, that whoever believes in him should not perish, but have eternal life. For God didn’t send his Son into the world to judge the world, but that the world should be saved through him. He who believes in him is not judged. He who doesn’t believe has been judged already, because he has not believed in the name of the only begotten Son of God. This is the judgment, that the light has come into the world, and men loved the darkness rather than the light; for their works were evil. For everyone who does evil hates the light, and doesn’t come to the light, lest his works would be exposed. But he who does the truth comes to the light, that his works may be revealed, that they have been done in God.
The messenger angel of God spoke further,

Verily, repent. God is love!
Every soul will come and stand before God, and what will you answer then?
Verily, God will punish Iran and Egypt, because of disobedience!
I’m going now, Ruacha, Yeshu, Shalom! spoke the messenger angel of God, and disappeared.