JANUARY 18, 2013  PROPHETIC REVELATION OF GOD: THE MESSENGER ANGEL OF GOD PASSED ON EVERY WORD OF THIS MESSAGE! IT HAS BEEN REVEALED TO THE SON OF GOD AND THE ANGELS. AND REVELATIONS ABOUT THE FEMA CAMPS! 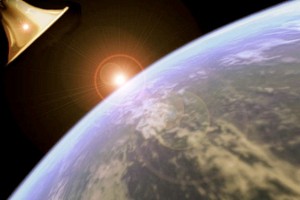 Hello, welcome! On January 18th, 2013, the messenger angel of God brought on the following message to Prophet Benjamin Cousijnsen.

Shalom! I greet you in the mighty name of Yeshua HaMashiach, Jesus Christ. Verily, I am Sarachi, the messenger angel of God.

Beloveds, it has been revealed to the Son, Yeshua, and to the angels of God!
This day will be a very special day!

Revelation 19, verse 8  It was given to her that she would array herself in bright, pure, fine linen: for the fine linen is the righteous acts of the saints.

It will be a poignant and indescribably joyous event for those, who were patient, and are expecting Him, Yeshua HaMashiach, Jesus Christ, and have accepted Him!
It will be a very painful event for you, who are listening now, because you have rejected Jesus Christ. Yet it is not entirely too late for you, for it is written for you:

John 3, verse 16  For God so loved the world, that he gave his only begotten Son, “also on the cross, He went for you, in order to take your punishment upon himself“, that whosoever believes in him should not perish, but have everlasting life.

Verily, the time is near!
In North Korea 300,000 to 500,000 Christians get tortured.
Obama adjusts the Arms Act, so that the prohibited weapons can be used in countries, where they do like to have these weapons!
The antichrist likes to use children, in order to hide his true nature.
Obama cares so much about people, that those camps are ready, with American-made beheading machines, signed by the antichrist Obama! And these are already distributed by his order.
So in North Korea many thousands are in Nazi-like FEMA punishment camps. These punishment camps are hidden, worldwide!
The radical Islam is increasing rapidly, worldwide, and they persecute the Christians, including Africa, Mali, Tanzania, Niger, Kenya, Uganda, America, North Korea, China… Worldwide one wants to exterminate the Christians!

Luke 21, verse 25 to 28  There will be signs in the sun, moon, and stars; and on the earth anxiety of nations, in perplexity for the roaring of the sea and the waves; men fainting for fear, and for expectation of the things which are coming on the world: for the powers of the heavens will be shaken. Then they will see the Son of Man coming in a cloud with power and great glory. But when these things begin to happen, look up, and lift up your heads, because your redemption is near.

Verily, let nothing prevent you from accepting Jesus Christ, Yeshua HaMashiach, the Son of God, in your life!
Now choose this day whom you want to serve. Get yourself ready to meet Him, because He will come unexpectedly, and puts you to the test now!