DECEMBER 30, 2012  MORE PROPHETIC REVELATIONS ABOUT BARACK OBAMA. THE ANGEL OF THE LORD PASSES ON THIS MESSAGE, IN THE NAME OF THE LORD JESUS CHRIST. KNOW YOUR ENEMY AND COME TO CHRIST, YOUR ONLY SAVIOR! 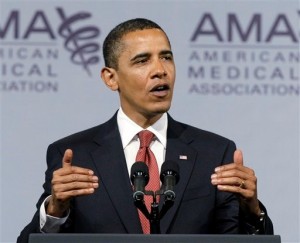 Hello, welcome! On December 30th, 2012, the angel of the Lord, the messenger angel of God, brought on this message to Benjamin Cousijnsen.

Shalom, Prophet Benjamin Cousijnsen. I greet you in the name of Yeshua HaMashiach, Jesus Christ. My name is Rinearinda.

Verily, verily, I tell you,

Mark 3, verse 23  And he called them unto him, and said unto them in parables, How can satan cast out satan?

Luke 10, verse 18  And he said unto them, I beheld satan, “in Hebrew: baraq, added the angel of the Lord”, as lightning fall from heaven.

2 Corinthians 11, verse 14 and 15  And no wonder, for “Barack Obama, said the angel of the Lord,” even satan masquerades as an angel of light. It is no great thing therefore if his “taken over, the angel of the Lord said,” ministers also masquerade as servants of righteousness, whose end will be according to their works.

Isaiah 14, verse 12 to 14  How you have fallen from Heaven, morning star, son of the dawn! How you are cut down to the ground, who laid the nations low! “You play a game with the world! spoke the angel of the Lord”. You said in your heart, “I will ascend into heaven! I will exalt my throne above the stars of God! I will sit on the mountain of assembly, in the far north! I will ascend above the heights of the clouds! I will make myself like the Most High!”

Verily, Obama came from the East, in order to make a career, and this is now the fallen lightning!
In secret much is prepared now, so that one will assume the ‘solution’ of Obama massively and with open arms: the number of the beast, 666! Also, many gallows for the FEMA camps have been transferred worldwide, from America, signed by… Obama! Also, the New World Order has had meetings worldwide, together with the royal family and some of the government and other leaders! Verily,

Verily, you there, Jesus Christ has prepared everything for His children already.
The God of Isaac, Jacob and Abraham has indicated, that His Son will soon know the point of time and the hour!

Matthew 11, verse 28  Come to me, all you who labor and are heavily burdened, and I will give you rest.

Benjamin, January 30, you become older.
In heaven one is always having his birthday and one has eternal life; one doesn’t know an old age.
I’m going now, God’s beloved Prophet, Ruacha, Yeshu, Shalom!