THE ALMIGHTY GOD SHOWS YOU IN THIS MESSAGE SOME PROPHETIC FULFILLMENTS, AND ANNOUNCES THROUGH HIS PROPHET BENJAMIN COUSIJNSEN, THAT THE FLOODGATES OF HEAVEN WILL GO OPEN IN DECEMBER 2013 AND IN 2014! 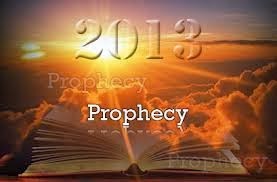 Hello, welcome! On November 27th, 2013, a messenger angel of the almighty God, the God of Abraham, Isaac and Jacob, brought on this message of God word for word to end-time Prophet Benjamin Cousijnsen.

Shalom! I greet you, who’re listening, in the almighty name of Yeshua HaMashiach, Isa, Jesus Christ. Verily, my name is Kasiana and I am a messenger angel of God.

Verily, on November 7, 2012, the messenger angel Adinaia brought you a message, called: ‘1+1=Obama the antichrist revealed!’
Verily, the antichrist wants to start promoting the Obamacare and the chip program, which is stuck to this, worldwide! Also listen to the message of November 25, 2013, entitled: ‘Prophetic message of God: Increase RFID-chip!’

Read aloud: Ephesians 6, verse 12  Here it is written: For our wrestling is not against flesh and blood, but against the principalities, against the powers, against the world’s rulers of the darkness of this age, and against the spiritual forces of wickedness in the heavenly places.
The messenger angel of God spoke,

Verily, the fallen angels, the powers of the kingdom of darkness have already come upon the earth.
And all will submit themselves to their leader, the beast! Also listen to the message of July 31, 2012, entitled: ‘Ufology paves the way for the antichrist Obama!’
On November 14, 2012, you were informed by God’s true end-time Prophet, in a message entitled: ‘The antichrist Obama goes in against God’s laws!’ In this message, you are told, that the antichrist will take away from the holy words of God, and this was fulfilled! Also think here of that which is against natural, such as man with man and woman with woman.

Read aloud: Genesis 1, verse 27  Here it is written: So God created man in his own image. In God’s image he created him; male and female he created them.

Romans 1, verse 24 to 28  Here it is written: Therefore God also gave them up in the lusts of their hearts to uncleanness, that their bodies should be dishonored among themselves, who exchanged the truth of God for a lie, and worshiped and served the creature rather than the Creator, who is blessed forever. Amen. For this reason, God gave them up to vile passions. For their women changed the natural function into that which is against nature. Likewise also the men, leaving the natural function of the woman, burned in their lust toward one another, men doing what is inappropriate with men, and receiving in themselves the due penalty of their error. Even as they refused to have God in their knowledge, God gave them up to a reprobate mind, to do those things which are not fitting.
The messenger angel of God spoke,

Read aloud: John 3, verse 16 to 21  Here it is written: For God so loved the world, that he gave his only begotten Son, that whoever believes in him should not perish, but have eternal life. For God didn’t send his Son into the world to judge the world, but that the world should be saved through him. He who believes in him is not judged. He who doesn’t believe has been judged already, because he has not believed in the name of the only begotten Son of God. This is the judgment, that the light has come into the world, and men loved the darkness rather than the light; for their works were evil. For everyone who does evil hates the light, and doesn’t come to the light, lest his works would be exposed. But he who does the truth comes to the light, that his works may be revealed, that they have been done in God.
The messenger angel of God spoke,

Read aloud: John 1, verse 4  Here it is written: In him was life, and the life was the light of men.
John 3, verse 3  Jesus answered him, Most assuredly, I tell you, unless one is born again, he can’t see the Kingdom of God.
John 12, verse 47 to 50  Here it is written: If anyone listens to my sayings, and doesn’t believe, I don’t judge him. For I came not to judge the world, but to save the world. He who rejects me, and doesn’t receive my sayings, has one who judges him. The word that I spoke, the same will judge him in the last day. For I spoke not from myself, but the Father who sent me, he gave me a commandment, what I should say, and what I should speak. I know that his commandment is eternal life. The things therefore which I speak, even as the Father has said to me, so I speak.
The messenger angel of God spoke further,

Verily, it is also revealed to you, in the message: ‘Prophecy: The antichrist is coming into action now!’ on July 20, 2012.
There you were already told about the total control. The darkness on earth and the accepting of the darkness will be unexpectedly put down, because of disobedience, then here and then there!

Read aloud: Jeremiah 30, verse 23 and 24  Here it is written: Behold, the tempest of the LORD, even his wrath, is gone forth, a sweeping tempest: it shall burst on the head of the wicked. The fierce anger of the LORD shall not return, until he has executed, and until he has performed the intents of his heart: in the latter days you shall understand it.
The messenger angel of God spoke,

Verily, repent! Behold, the days are coming!
Behold, the windows of heaven will open, and see what December 2013 will let come down upon you from heaven. And 2014, one will certainly not want to remember!
The antichrist will gain ground with his power, but will perceive that Yeshua HaMashiach, Isa, Jesus Christ, is more powerful and more than a conqueror! He will still draw many to the light, because one will see it.

Truly, Prophet Benjamin Cousijnsen spoke the truth, which was brought by God’s true angels.
Support God’s beloved end-time Prophet as much as you can and be blessed!
Verily, make your choice and repent today. Go to Yeshua HaMashiach, Isa, Jesus Christ.
I’m going now, Ruacha, Yeshu, Shalom! spoke the messenger angel of God, and disappeared.