You will hear what happens just after the Rapture, also called the Snatching away or Rapture of the Christians, with those who still become, or are, Christians, at the moment that the fallen angels who are called the visitors from space, are given free reign. (After clicking the video, wait for a moment until it plays.) 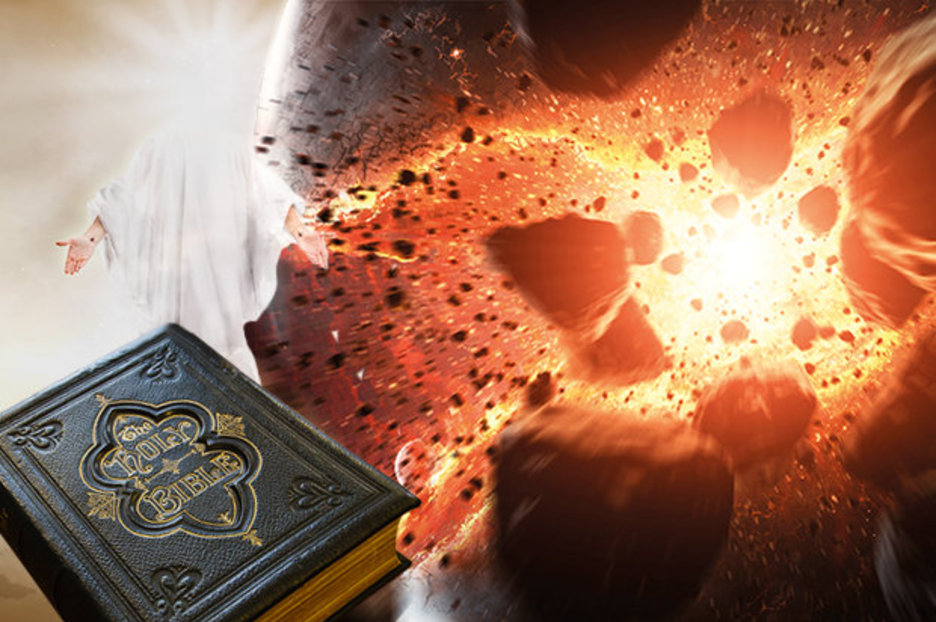 Hello, welcome! This is a message from God, delivered, word for word, by the angel of the Lord to end-time Prophet of the last days, Benjamin Cousijnsen, on March 30th, 2018.

Shalom! I greet you in the almighty Name of Yeshua HaMashiach, YHWH, Jesus Christ. Verily, my name is Kadesa, and I have been sent to you.

Revelation 22, verse 6  He said to me, “These words are faithful and true. The Lord God of the spirits of the Prophets sent his angel to show to his bondservants the things which must happen soon”.

Benjamin writes: I saw that the window and the wall had disappeared.
I show you, Prophet Benjamin, commissioned by Yeshua HaMashiach, YHWH, Jesus Christ, that which must happen soon.
While I saw everything, I immediately wrote it down. I saw that the Rapture had taken place and saw a large number of people disappearing into the air. I heard the voice of Yeshua HaMashiach, YHWH, Jesus Christ, speaking these words:

Revelation 3, verse 10  Because you kept my command to endure, I also will keep you from the hour of testing, which is to come on the whole world, to test those who dwell on the earth.

For a moment I didn’t understand these words, because they were said after the Rapture.
This is the explanation! Many who were left behind actually knew very well that the Lord would come back. Yes, they even expected the Lord, and believed in Him. Nevertheless, their walk with Yeshua HaMashiach, YHWH, Jesus Christ, had not been pure, and they even did not take God’s anointed ones, the Two Witnesses, seriously. After the Rapture, there will be a great testing all over the Earth. And some will still repent and prostrate themselves, full of remorse, although the biggest disaster will take place just after the Rapture!

Revelation 3, verse 21  He who overcomes, I will give to him to sit down with me on my throne, as I also overcame, and sat down with my Father on his throne.
And Revelation 4, verses 4 and 5  Around the throne were twenty-four thrones. On the thrones were twenty-four elders sitting, dressed in white garments, with crowns of gold on their heads. Out of the throne proceed lightnings, sounds, and thunders. There were seven lamps of fire burning before his throne, which are the seven Spirits of God.

Revelation 9, verses 2 to 11  He opened the pit of the abyss, and smoke went up out of the pit, like the smoke from a burning furnace. The sun and the air were darkened because of the smoke from the pit. Then out of the smoke came forth locusts on the earth, and power was given to them, as the scorpions of the earth have power. They were told that they should not hurt the grass of the earth, neither any green thing, neither any tree, but only those people who don’t have God’s seal on their foreheads. They were given power not to kill them, but to torment them for five months. Their torment was like the torment of a scorpion, when it strikes a person. In those days people will seek death, and will in no way find it. They will desire to die, and death will flee from them. The shapes of the locusts were like horses prepared for war. On their heads were something like golden crowns, and their faces were like people’s faces. They had hair like women’s hair, and their teeth were like those of lions. They had breastplates, like breastplates of iron. The sound of their wings was like the sound of chariots, or of many horses rushing to war. They have tails like those of scorpions, and stings. In their tails they have power to harm men for five months. They have over them as king the angel of the abyss. His name in Hebrew is “Abaddon,” but in Greek, he has the name “Apollyon”.

The works of the darkness are now already very present!
And one opposes the full truth and God’s true Prophet, who faithfully passed on every word.

Revelation 19, verse 21  The rest were killed with the sword of him who sat on the horse, the sword which came forth out of his mouth. All the birds were filled with their flesh.
And Revelation 17, verse 11  The beast that was, and is not, is himself also an eighth, and is of the seven; and he goes to destruction.
Verse 14  These will war against the Lamb, and the Lamb will overcome them, for he is Lord of lords, and King of kings. They also will overcome who are with him, called and chosen and faithful.
Verse 16  The ten horns which you saw, and the beast, these will hate the prostitute, and will make her desolate, and will make her naked, and will eat her flesh, and will burn her utterly with fire.

I also saw…
that people in those days, in those dark, hellish days of the fallen angels, the visitors from space, that they pass it on to each other and betray the person who is, or has become, a Christian. They will even hand over their own father and mother, or brother or sister, and so on, so that they can survive themselves! Verily, it is better to surrender yourself, for the full 100%, to Yeshua HaMashiach, YHWH, Jesus Christ!

John 3, verses 16 to 21  For God so loved the world, that he gave his one and only Son, that whoever believes in him should not perish, but have eternal life. For God didn’t send his Son into the world to judge the world, but that the world should be saved through him. He who believes in him is not judged. He who doesn’t believe has been judged already, because he has not believed in the name of the one and only Son of God. This is the judgment, that the light has come into the world, and men loved the darkness rather than the light; for their works were evil. For everyone who does evil hates the light, and doesn’t come to the light, lest his works would be exposed. But he who does the truth comes to the light, that his “or her” works may be revealed, that they have been done in God.