REVELATIONS FROM GOD! THE MESSENGER ANGEL OF GOD SPOKE: BENJAMIN, ALREADY SOME EVIDENCE IS BEING HELD BACK FROM THE WORLD! THE LORD GOD IS BRINGING INTO THE LIGHT, WHAT THEY KEEP HIDDEN! 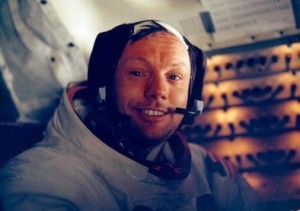 Hello, welcome! On August 26th, 2012, Prophet Benjamin Cousijnsen received the following message from a messenger angel of God, which I’d like to share with you.

Shalom, Benjamin! I greet you in the mighty name of Yeshua HaMashiach, the Christ, Jesus. I am a messenger angel of God, and my name is Miliam, and I tell you the following, God’s prophet.

Did you know the first man to set foot on the Moon has passed away?
Neil Armstrong. He passed away on Saturday at the age of 82. He lived in silence in Ohio for years.

He had seen things which he was not allowed to speak about…
He had to keep it a secret of NASA and the government. His discovery was that God really existed. He himself also saw some angels near the Moon. His testimony was covered up!

Benjamin, the U.S. is helping the current president Mohammed,
and does not know, Benjamin, that the Egyptian president will play a major role towards Israel soon! He is a man with multiple personalities.

Benjamin, there is already some evidence withheld from the world.
Obama has said, “If you have discovered an alien or life let me be the first to know”. As if he did not know it already!

And regarding his birth certificate…
in no time Obama can make a new one again with his computer! One believes him just like that! Nobody will take his place, until he will yield to the King of kings: Yeshua HaMashiach, Jesus Christ!

Behold, Israel, Armageddon!
There will be a battle there, very soon!
I’m going back, Benjamin, Shalom!