JULY 20, 2012  PROPHECY: AN ANGEL OF GOD BROUGHT A WORD, ON BEHALF OF JESUS: THE ANTICHRIST IS STARTING TO ATTACK CHRISTIAN WEBSITES AND WILL ATTEMPT TO SHUT THEM DOWN. WAKE UP AND SPREAD THE WORD OF GOD! 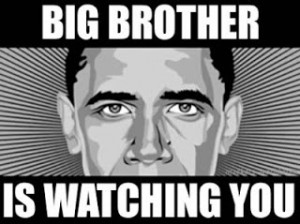 Hello! In the early morning on July 20th, 2012, an angel brought on God’s message to me, Benjamin Cousijnsen.

Shalom, Benjamin! I greet you in the Name above every name, Yeshua HaMashiach, Jesus Christ. I have come to you; my name is Elijah Sarin. Benjamin, write down everything that I, the messenger angel of God, say to you.

People will resist the truth!

Judges 2, verse 17 to 19  You there, listen carefully… “And yet they would not listen to their Judges, but went a whoring after other gods and bowed themselves down to them: they hastened to deviate from the path that their ancestors had walked, by not obeying the commandments of the Lord, they erred. Whenever the Lord appointed a judge for them, the Lord was with the judge and delivered them from the power of their enemies, as long as that judge lived, because the Lord was moved by their groaning, about their oppressors and adversaries.”

In Washington people are being warned about cyber-attacks.
Security systems are under attack. The fallen angels have technological knowledge, far in advance of ours, and they will use it, in order to find more and more ways of dragging you away from God. There is a total control grid installed! People are controlled via the telephone, mobile, TV, etcetera. You can even be tracked by satellite!

Obama talks about cyber-attacks.
I am talking about, that one wants total control! The antichrist will launch an attack, especially on Christian websites, to monitor and to block them. They are already monitoring you.

Mark 13, verse 11 to 14  But when they lead you and deliver you up, do not be anxious beforehand about what to say, nor premeditate: but say whatever is given to you in that hour, because it is not you that speak, but the Holy Spirit. Now brother will betray brother to the death and a father his child: and children shall rise up against their parents and cause them to be put to death. And you shall be hated by all for my name’s sake. But he who endures to the end shall be saved.

Benjamin, these words of God are for now!
Fear not, for the Coming of Yeshua HaMashiach, Jesus Christ, will overthrow everything. And the children of God will be there, where their hearts and mouths were full of!

I’m going now and bless you, and God himself will provide for everything you need. Shalom!