OCTOBER 18, 2012  THE ANTICHRIST OBAMA HAS REVEALED HIS PLAN VISIBLY, SPOKE THE MESSENGER ANGEL OF GOD. THE LORD GOD HIMSELF REVEALS THE PLANS OF THE GREAT SEDUCER, OBAMA, IN THESE END TIMES! 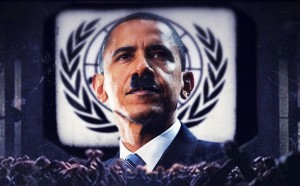 Hello, welcome! On October 18th, 2012, the messenger angel of God brought on the following message to Benjamin Cousijnsen, end-time Prophet of the last days.

Shalom, Benjamin! I greet you in the name of Yeshua HaMashiach, Jesus Christ. In His name I am sent forth to you.

Look what I have with me!
I saw a bin, which was familiar to me.
Benjamin, grab one of the round gold bars… I did what the angel of the Lord told me to do. These bars were in a square, and it also felt heavy. When I pulled it out, I saw a flag. Out of all those many bars, I had pulled out the flag of Israel!

Benjamin, Israel would receive the support of Obama, but how can he be of support for Israel?

2 Peter 2, verse 19  Promising them liberty, while they themselves are bondservants of corruption; for by whom a man is overcome, by the same is he also brought into bondage.

Israel, let no one deceive you!
The God of Isaac, Jacob and Abraham knows where you live, but also where the antichrist is, who is willing to support you, Israel. He who has an ear, let him hear!

Revelation 13, verse 7  It was given to him to make war with the saints, and to overcome them. Authority over every tribe, people, language, and nation was given to him.

Israel, the Scriptures speak about it, that satan comes as an angel of light.
His appearance is popular with many, for he is your great seducer. In secret, he, Obama, is the great leader of Freemasonry!

Revelation 16, verse 2  And the first went, and poured out his bowl into the earth, and it became a harmful and evil sore on the people who had the mark of the beast, and who worshiped his image.

Israel, Obama sets each country against each other!
The dragon pulled his mouth open and each country will bow to the antichrist. Obama has executed his plan step by step, and has multiple personalities. Israel, read the Scriptures!

The antichrist wants his temple, and everything is already signed.
They want to put all religions together, with a total control over the whole world, under the world leader, the antichrist Obama!

You there, fear not!
Yeshua HaMashiach will very soon bring His children home. There is a separation taking place now! The bad grain will be separated from the good, and the good grain will rise beautifully in the New Israel. Israel, your long awaited King is coming, very soon! But first, God will go before you in the battle against Iran, Turkey and the rest of the world!
Benjamin, I’m going now, you are rich in the Lord. I’ll take this bin back with me.
Ruacha, Yeshu, Shalom!