IN METHAPHORS, THE LORD GOD REVEALS TO BENJAMIN COUSIJNSEN, WHAT NOW VERY SOON WILL HAPPEN ON EARTH, AFTER THE RAPTURE! YOU CAN ESCAPE THESE EVENTS, BY  SURRENDERING YOURSELF TO JESUS CHRIST. 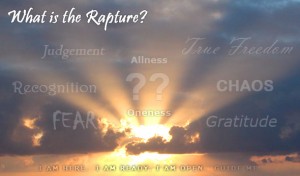 Shalom, Benjamin Cousijnsen! My name is Chebron. I greet you there, who’re listening.

I am a messenger angel of God and am not a fallen angel.
I’m an angel of God, just like all those angels, who serve and obey the God of Isaac, Jacob and Abraham. If God speaks His work and words like this, through His simple Prophet, and brings it on to you like this, it’s up to you, what you’ll do with it. I too, Chebron, come in the mighty name of Jesus Christ, Yeshua HaMashiach!

Listen, Peter was an American, a young man, who had been in a severe coma for years…
On a special day both his eyes opened up. He had awakened! It quite startled people, and shortly after he was released.

When he was outside, after years, he saw that people behaved like zombies.
Peter also saw that the military police picked up people, and picked someone up and put him in the military van, and took him away. A street watchman, a traitor, received a handshake and gave the tip to these military officers. Then one of the military police forces took a sort of Laser Cap, but a modern one, which was programmed by the fallen angels of satan.

Peter saw that these military officers went to a woman and spoke to her, and then she put on that Laser Cap, and later took it off again.
Her behavior became immediately very different! Then suddenly one of the military police saw him and ran to Peter. Peter was scared very much, and ran away, but did not see a car coming. Peter was killed instantly. This Laser Cap was first used for games, with lifelike images. Everyone had such a cap.

The technological fallen angels had designed an even better version, with something extra.
When they gained the cap, they got an invitation, in order to renounce Jesus Christ, and to take the number 666 of the beast. Many also already had received an implanted chip.

Many who were left behind, by wrongly made choices, as yet chose for Jesus Christ…
They were put in camps and forced to, as yet take the number. They were severely abused and raped, hanged, eaten and beheaded. Some were also transported in military buses to crematoriums, in order to be burned alive there!

Whoever remains behind, will end up in a true hell.
Therefore, repent now, and choose for Jesus Christ, who can still save you, if you at least surrender to Him. It’s your choice now: heaven or hell. Time is near!
I’m leaving now, Ruacha, Yeshu, Shalom! spoke the messenger angel of God, and disappeared.