JUL 22, 2012  SEVERAL COUNTRIES ARE NOW BEING ADDRESSED AND PUNISHED; GOD CALLS TO DESTROY THEIR GODS. CHINA IS DEALT WITH FIRST! THESE COUNTRIES GET THE CHANCE TO REPENT TO THE TRUE GOD!

Published on Aug 5, 2012 by Evangelische EindtijdSpace 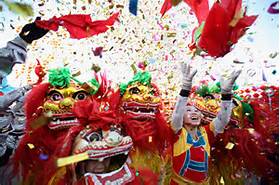 Hello! On the night of July 22nd, 2012, the messenger angel of God brought on this message to Benjamin Cousijnsen, in the Name of Jesus Christ, Yeshua HaMashiach.

Shalom, Benjamin! I greet you in the mighty Name of Yeshua HaMashiach. You know me. I am sent in His name, and without Him, Yeshua HaMashiach, Jesus Christ, I can do nothing. He is the Almighty, and man has been placed above the angels, but we do listen. My name is Thunder!

I have visited your country, Beijing, and this is just the beginning, China.
The God of Isaac, Jacob and Abraham says to you this:

Leviticus 20, verse 26  You shall be holy unto me: for I the Lord am holy, and have severed you from other people, that ye should be mine.

You there, listen once very carefully

The beast, your dragon, is the devil that you worship!

Yes, Japan is also seen by the One God of Heaven and Earth, and will not go unpunished.

Revelation 12, verse 7 to 10  “And there was war in Heaven: Michaël and his angels fought against the dragon; and the dragon fought and his angels, and prevailed not; neither was their place found any more in Heaven. And the great dragon was cast out, that old serpent, called the devil, and satan, the deceiver of the whole world: he was cast out into the earth, and his angels were cast out with him.”

You there, yes, these words are prophetic, and are equal to the Scriptures, otherwise no one believes, you who’re sleeping!
Everything you do, whether the Christian persecution, or the worship of your stone idols and dragons and snakes, you have brought your disasters upon yourself.

Romans 1, verse 21 and 22  “Because that, when they knew God, they glorified him not as God, neither were thankful; but became vain in their imaginations, and their foolish heart was darkened. Professing themselves to be wise, they became fools.”

God will let no more countries go unpunished, if one does not quickly repent.
Be quick and repent, and worship Yeshua HaMashiach, Jesus Christ. And destroy your gods, otherwise God will do it for you! Also, God will still be able to save you, but you must now let go of the Christian persecution.
You who’re listening, listen to the voice that speaks to you…

John 3, verse 18  He that believes on him is not condemned: but he that believes not is condemned already, because he has not believed in the name of the only begotten Son of God, “Yeshua HaMashiach, Jesus Christ”.

You there, who’re listening, pass on this
Rescue your people, for God sends His angels, in order to reveal everything, what are the hidden sins, and brings them into the light, and will punish if needed.

Benjamin, China will be washed from the outside first and will receive lots of water.
They are given the chance, even Japan, Korea, Indonesia, Iran, Russia and other countries, to repent to the true God.

John 3, verse 36  He that believes on the Son has everlasting life: and he that believes not the Son shall not see life; but the wrath of God remains on him.

Straighten your paths and repent!
Why do you weep, if you do not want to know God?
It’s either curse or blessing. And only through Yeshua HaMashiach, Jesus Christ, can you receive the blessing and salvation. Cleanse yourself and come to Him! Ask Him for forgiveness for your ancestors and offspring, and yourself. God has declared war against all idolatry. And let him not visit your country, for you will regret this. Yes, God is love, may He have your love now?

John 17, verse 19  And for their sakes I sanctify myself, that they also might be sanctified through the truth.

This Truth is Yeshua
He is the only true Truth, who is more than a Conqueror, Jesus
I, Benjamin, was at that moment about to grab a pen, when the angel of God suddenly said: Benjamin, do not get too close, because my power is very great. You will fall to the ground. It is time to go now. I still have much to do here on Earth, said the messenger angel of God. Finally:

1 Peter 4, verse 17 to 19  “For the time is now”, said the messenger angel of God then, “that judgment begins at the house of God; if it first begins with us, what shall the end be of them that obey not the gospel of God? And if the righteous scarcely be saved, where shall the ungodly and the sinner appear? Wherefore let them that suffer according to the will of God commit the keeping of their souls to him in well doing, as unto a faithful Creator.”

Light and dark do not mix, like Heaven and hell, and likewise: the sinner can never enter God’s Kingdom.
Even if you were born again, no excuse! You should be washed in His precious Blood.
I, the messenger angel of God, had to yet to pass this on. Everything I have spoken to you, comes directly from the almighty God, who brought me to Benjamin, who brings you this message. I am going now, and fear not the thunder of God, said the angel of God.