MARCH 19, 2014  PROPHECY ABOUT SPAIN AND KENYA! AND: ABOUT THE EARTH, BEFORE AND AFTER THE FALL, AND WHAT THE CONSEQUENCES WERE FOR THE EARTH THROUGH UNBELIEF, AND WARNINGS OF GOD ABOUT THE RFID-CHIP! 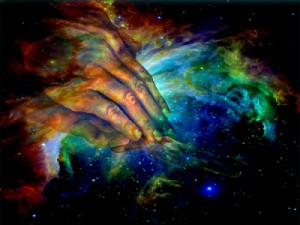 Hello, very welcome! In the afternoon the following message from the almighty God, the God of Abraham, Isaac and Jacob, was brought on to end-time Prophet Benjamin Cousijnsen.

Shalom! I greet you in the wonderful name of Yeshua HaMashiach, Isa, Jesus Christ. Verily, my name is Surisa and I am a messenger angel of God.

Verily, in the beginning God created the heavens and the earth, and all that came with it.
The colors were só beautiful and it was só perfect on earth! The birds sang their most beautiful song. Verily, what a fruit can cause! One was tempted…
After that, it went very quickly. The time was shortened, and the earth lost its beautiful colors. And even many shopkeepers furnished their stores with somber and dark colors.

In the past, one went to help each other…
And if one was out of sugar, and the shops were closed, then they asked the neighbors. And those gave you a bit of sugar. But now you have the chance, that one will stab you with a weapon! Verily, one does no longer know what one is doing. Verily, many fallen angels are already on earth, and take over many people and eliminate many Christians worldwide!

Many churchgoers are forced to take the number of the beast!
And the more churchgoers have accepted the RFID-chip 666, the more one will be supported by the government. Precisely where you thought, that this would not happen, the following shall come to pass:

Revelation 16, verse 2  The first went, and poured out his bowl into the earth, and it became a harmful and evil sore on the people who had the mark of the beast, and who worshiped his image.
The messenger angel of God spoke further,

This sore, that is malignant, will fester and cause an eczema and give scars, and carry about an infectious virus.
Those who had not accepted the mark, remained looking beautiful.

Verily, Prophet Benjamin Cousijnsen has already told you a long time ago, that even Kenya will be severely punished.
And this will happen soon! Verily, so also Spain will get to endure an extreme heat. And thus I say to you, Blessed is every one that focuses on Yeshua HaMashiach, Isa, Jesus Christ, and trust on the Lord, who steadfastly persevere until the end comes!

John 3, verse 16 and 17  For God so loved the world, that he gave his only begotten Son, that whosoever believes in him should not perish, but have everlasting life. For God sent not his Son into the world to condemn the world; but that the world through him might be saved.

Note: Full text display for the deaf, hearing impaired and speakers of other languages
Use Google Translate and bookmark it.
Dear people, spread these messages! More translators are welcome