May 15, 2012  Important prophetic vision, again brought to your attention. Benjamin Cousijnsen is shown, what will happen in the near future with the Christians who remain behind. 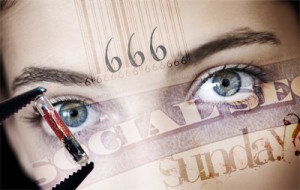 On May 15th, 2012, the angel of God told these prophetic words, this prophetic vision, to Benjamin Cousijnsen. Benjamin writes,

I was in bed when I heard, Shalom, Benjamin! I am the angel of God. Prophet of God, I’m engaged to take you with me.

The angel said, The Lord warns the people for such a long time.
Those who do not listen, Benjamin, will be punished.
“Look”, I said, pointing to the people…
“How do they look weird! They look like zombies.”
The angel said, That is, Benjamin, because they have accepted the mark. They have a sore, they cannot explain…

Revelation 16, verse 2  Here it is written: And the first went and poured out his vial upon the earth: and there came an evil and malignant sore upon the men which had the mark of the beast and who worshiped his image.

The angel said, They finally worshiped their image.

God sent wormwood.
“Who is this person?” I asked.
Benjamin, said the angel of God, it is a star. A third of the waters are contaminated. By sagebrush so many people will die. These people die, because the water has become bitter. The angel gave:

That other group over there will soon reign 1000 years as kings.
They refused to worship the beast, and they now await the beheading, because they refused the mark, Revelation 20, verse 4.

Yet there are many Christians, because they were very hungry, who have accepted the mark in their right hand and some on their foreheads.
God’s wrath has come upon them, the messenger angel of God spoke, and he gave:

They had heard of it, and yet they have accepted the 666 mark.
The messenger angel of God said, Smoke and torment goes up forever. They will never rest, because they have taken the mark.

Revelation 13, verse 9  Here it is written: If anyone has an ear, let him hear.

The angel said, The LORD thundered from heaven, and the most High uttered his voice.  2 Samuel 22, verse 14

Satan will be cast into the lake of fire, said the angel, and gave: Revelation 19, verse 20 and 21

The angel of God said, This time is approaching!
Only those who truly believe in Him and are doing His will, will be saved. Because for them is this,

Luke 17, verse 24  For as the lightning flashes from the east, and is seen even to the west, so will be the coming of the Son of Man.

The angel said, Whether you are a Christian or not, repent now while you still can! Do not take the number, otherwise you’ll belong to satan.
All this takes place as in the days of Noah. The angel of God said, only the Christians and non-Christians without a ticket will be left behind, and they will wish they were dead. The ark of God had been closed from the inside. Make seriousness with this vision of God, which He shared with His simple Prophet of God. I picked him out, because you would not listen to Me. Look at what the Spirit of God is speaking to you!

I have not even talked about the storm and the destruction of your dikes, Netherlands!
China, what are you doing to me! For any torture you will pay the price, because they, whom you torture and mock and humiliate and rape, are my children in Jesus Christ!

Make sure, says the Lord your God, You who heard this message, that you don’t miss it; Jesus Christ is coming very soon!
The angel said: Be not like the doubting Thomas; you’ll get one chance. Experience these horrors, OR repent now! and acknowledge that Jesus Christ is the Son of God, and follow Him. Jesus Christ will soon gather His children. It is called ‘The Rapture’.
Many who have not allowed Jesus Christ with their hearts, will experience this. Benjamin, we must return, said the angel of God.

Tell them to go into the ark.
Jesus Christ is your only Way Out, He loves you so! God the Father warns you, like a father to his child.
Suddenly the angel waved with his hand again, and made what looked like a spreading gesture. And there I was in my bedroom.
I said, I find it a very shocking thing what I saw, and what I have to share. The angel answered: Benjamin, what is shocking, is that they do not hear and repent to God. Jesus has been knocking for so long at their hearts!

I repeat: Get ready! Christians may call themselves Christians when they have opened their hearts to Jesus Christ; otherwise they are not even worthy of this name.
Sleep well, Benjamin, I will get the shocking images out of your mind, and your thoughts will be the same again.
Then I said, “I feel sleepy.”
The angel said: This was not a sandman, but the work of an angel of God. Sleep well!