REVEALING MESSAGE OF GOD. THE GOD OF ABRAHAM, ISAAC AND JACOB ALLOWED THIS REVEALING MESSAGE TO BE BROUGHT ON, INCL.: THE WORLD ORDER IS A GREAT ILLUMINATI CLUB ORGANIZATION. THEY CHOSE FOR POPE FRANCIS ALREADY BEFOREHAND. 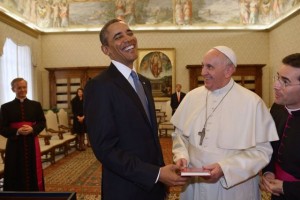 Hello, welcome! On May 27th, 2014, an angel of God, the God of Abraham, Isaac and Jacob, brought on this message of God, word for word, to Benjamin Cousijnsen, end-time Prophet of the last days.

Shalom! I greet you in the almighty name of Yeshua HaMashiach, Isa, Jesus Christ. Verily, my name is Berisma and I am a messenger angel of God.

Verily, among the Illuminati are large organizations and leaders of government up to restaurant chains, such as for example:
McDonald’s, the antichrist, the royal family, media companies, banks, organizations, NATO, secret services… Verily, the great World Order is a global Illuminati club organization, a network!
Verily, the total takeover, the works of satan, are becoming more and more in the forefront day by day. As well as the technology plays a major role, in order to take over mankind!

Verily, the global Illuminati is as it were a company with a purpose.
Verily, Prophet Benjamin Cousijnsen, God’s true beloved Prophet, already told you on January 22, 2014, in the message, entitled: ‘Two chess pieces on the stage: side by side!’ that the new pope Francis had already been chosen. So they knew already in the World Order, who had to be the religious leader of the Vatican. And one chose as One World Order for the white chess piece: Pope Francis. The false prophet clears the way! He has been chosen with a purpose. Listen once to the message of July 10, 2013, entitled: ‘Information about the antichrist and his pioneer!’
Prophet Benjamin also revealed, that the pope was going to visit Jerusalem, the old city, with the aim to have a temple built for all religions together: a world church.

The antichrist is a Muslim and did not pope Francis say to you, that even an atheist, or unbeliever, will absolutely not go to hell?
And that remaining unbelieving is also not a problem?
On October 9, Prophet Benjamin spoke about it, in 2013, in the message entitled: ‘Pope Francis is the false prophet from Revelation!’

Jeremiah 16, verse 17  For my eyes are on all their ways; they are not hidden from my face, neither is their iniquity concealed from my eyes.

Thus speaks the Lord!
Verily, pope Francis has been chosen by the world leaders, by the World Order, the Illuminati. Why?
Because the antichrist is also present there! And along with the presence of leaders, they want but only one thing, and that is the submission to the great leader, the antichrist, and the pioneer. Verily,

Read aloud: Revelation 13, verse 7  It was given to him to make war with the saints, and to overcome them. Authority over every tribe, people, language, and nation was given to him.

John 14, verse 6  Jesus said to him, “I am the way, the truth, and the life. No one comes to the Father, except through me.
John 3, verse 16 to 21  For God so loved the world, that he gave his only begotten Son, that whoever believes in him should not perish, but have eternal life. For God didn’t send his Son into the world to judge the world, but that the world should be saved through him. He who believes in him is not judged. He who doesn’t believe has been judged already, because he has not believed in the name of the only begotten Son of God. This is the judgment, that the light has come into the world, and men loved the darkness rather than the light; for their works were evil. For everyone who does evil hates the light, and doesn’t come to the light, lest his works would be exposed. But he who does the truth comes to the light, that his works may be revealed, that they have been done in God.