April 7, 2012  God’s people are so busy… busy… busy, just like the rest of the world, spoke the messenger angel. Pass this message on, Jesus Christ is alive! 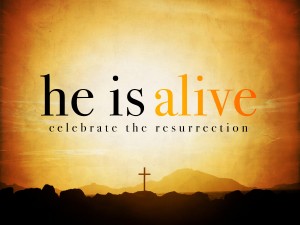 Welcome! On April 7th, 2012, Prophet Benjamin Cousijnsen received the following vision from the Lord, in order to share it with you. Benjamin writes,

While I was in my bed, I heard each time: Shalom! Shalom!
I thought, ‘What’s that?’ And suddenly I thought, ‘Am I awake or asleep?’
Then an angel of God said to me: No, your body is asleep, but your spirit is awake.
Together we walked outside to a little bench, where we sat down. The angel said,

Then the ‘savior’ will come into view, said the angel, who is already engaged, in order to have complete control over countries.
That’s the antichrist! He will force man in a very sly, clever way, in order to accept the number of the beast: the number, the code! Those who accept this, will never be able again to enter God’s Kingdom, but have entered into a covenant: a covenant as a slave and the property of satan! The angel spoke further,

Man lies at the foot of the abyss.
They are concerned with their problems, anxiety and depression. Many are at the end of their rope and even go to the satan doctor, and wonder how to proceed, and they want to end their lives! Man is busy, busy, busy, said the angel. I say this, Benjamin, pass this on, also what I’m saying now, pass this on!

Say: Jesus exists!
He died for you, He calls you by your name! Ask Him for forgiveness for your sins, and everything you have done and thought wrong. He has conquered death and a whole lot more! Did He not go on the cross for you? Has He not borne everything? Open your door of your heart. Just talk in your manner. He knows you.

Benjamin, you know, forgiveness and salvation is possible, only through Jesus Christ.
Then the angel said, Pass this also on. Also, Jesus Christ will help you, even in your current problems. Let this be a great gift for you, and take it, this great gift! And I can tell you: And your life will be totally changed and cleansed by His precious Blood! He who does not want to hear, will perish, said the angel of God.
I was listening to the angel…

The angel of God spoke these words, and I saw that everything of what I saw, looked very nice.
Because when I looked, I saw before my feet, while it was tickling all the time already – I didn’t know exactly what it was, but it tickled so – I saw bunnies and little birds. That was very nice to see. And I also saw that some of these little birds had beautiful colors. Yes, when I saw that, while the angel was speaking, I also saw that those little birds and bunnies sat there very quietly. It was like they were listening to what the angel was saying; it was very special. Then I said, “Do they understand you?”
An animal listens better to God than man, said the angel.

You go your way and I mine, said the angel, when we got up, and so we walked towards my home.
As we walked and because the angel said: You go your way and I mine, then I walked also all alone. I walked the last bit home and arrived at the front door of the house. I didn’t need to open the door with the key, but I could just go through. I walked into the house just like that, and so I came into the bedroom. But arriving there, I saw my body lying there. And then I asked myself, ‘Yes, what do I do now?’ I really was a bit desperate. I thought, ‘Yes, my body is lying there, but how do I get in there? How do I get back?’ And when I began to despair and was wondering, ‘Yes, what do I do now?’ I suddenly saw the angel beside me again…

See? said the angel, that man should not go his own way?
Even though the angel of God says: Go your own way!
Yes…
Just go Benjamin…. And he made a gesture and turned around my body, and lowered me slowly in the body. When he did that and when I saw myself lowering down – I felt like I was sinking in a pillow as it were, but much softer of course – and I saw that the angel was gone.

Note: Full text display for the deaf, hearing impaired and speakers of other languages
Use Google Translate and Bookmark it
Dear people, spread these messages! Translators in different languages are welcome